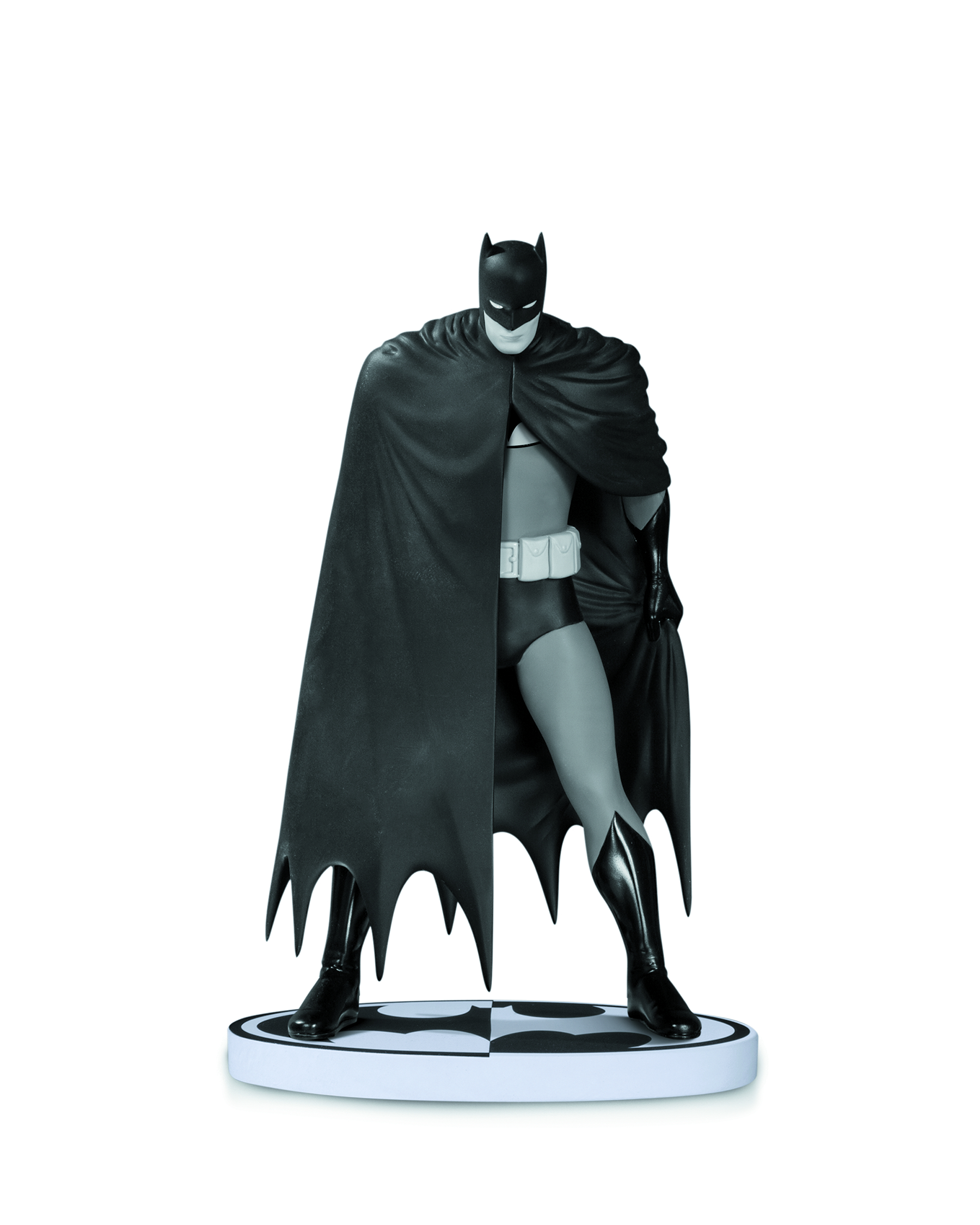 JUN150355
Based on the art of David Mazzucchelli
Sculpted by Jim McPherson
Appearing in black and white, it's the Caped Crusader as he is seen in one of the most influential Batman stories of all time, BATMAN: YEAR ONE!
This pose, designed by David Mazzucchelli, was used in one of the original promotional images for the book, and the artist himself was consulted for the production of this statue.
The statue measures approximately 7.75" high x 4.5" wide x 2.75" deep, is painted in monochromatic tones, features a Bat-logo-shaped base and is packaged in a black and white box.
In Shops: Jun 08, 2016
SRP: $79.95