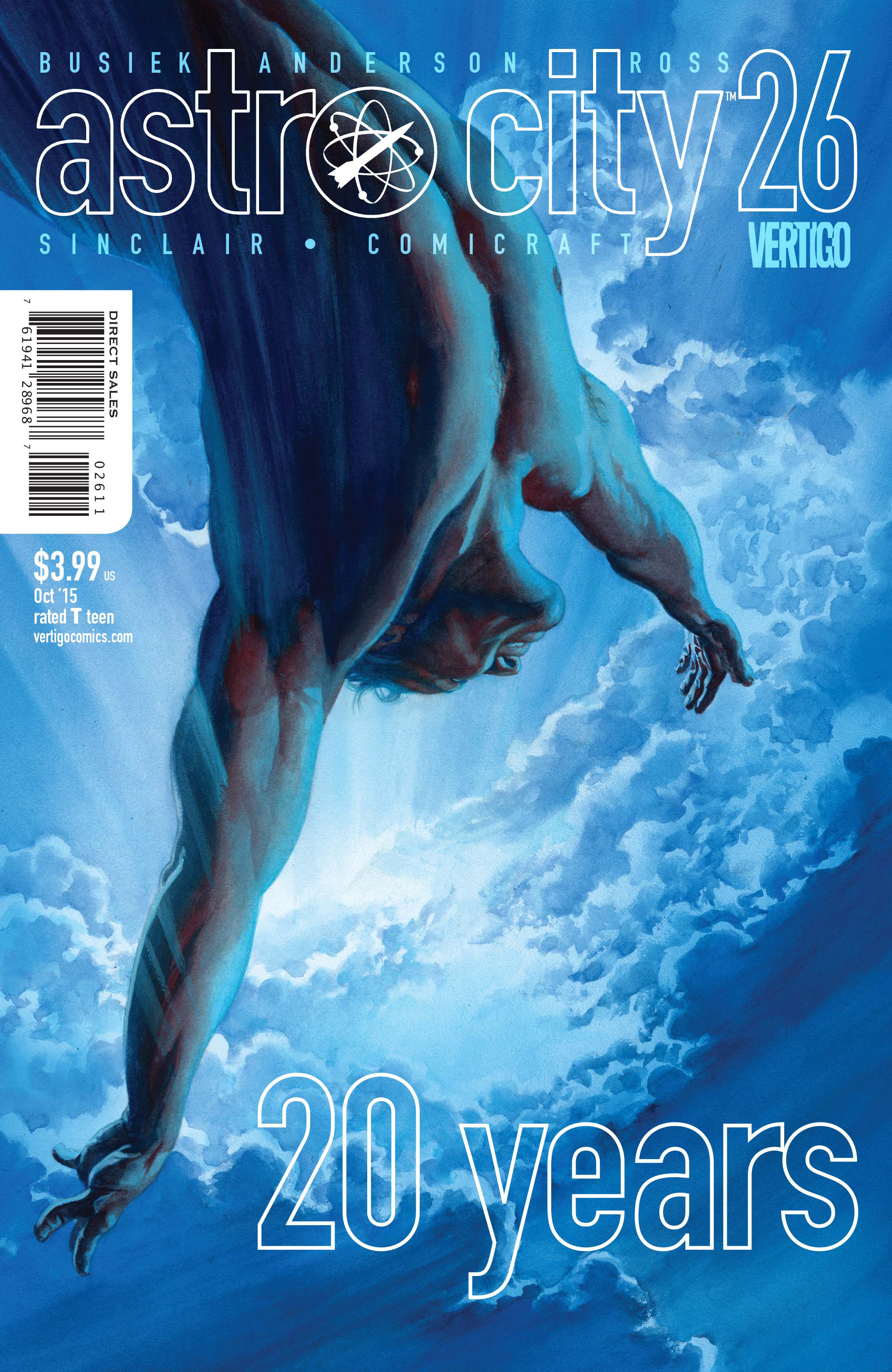 JUN150317
(W) Kurt Busiek (A) Brent Eric Anderson (CA) Alex Ross
It's the big 20th anniversary issue! It all began in 1995 with a look at Samaritan's dreams of flight. But what's Samaritan dreaming about now-and how will it affect Astro City's future? This self-contained issue features a host of Astro City characters, setting the stage for major developments to come. Whether you're new to the book or you've been reading all along, this issue is not to be missed.
In Shops: Aug 19, 2015
SRP: $3.99
View All Items In This Series