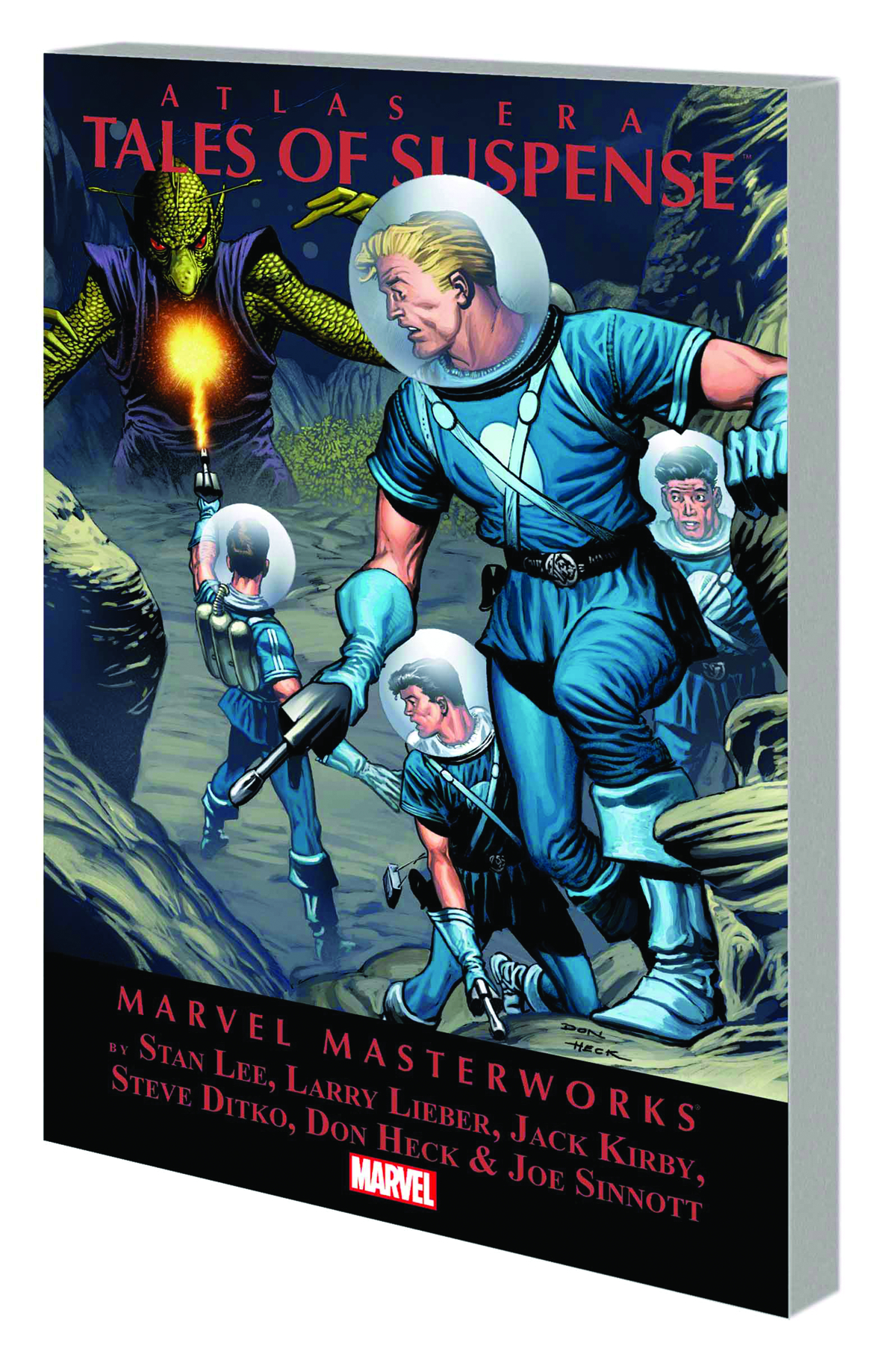 JUN140720
(W) Various (A) Various (CA) Don Heck
In 1958, Stan Lee stood before the decimated Atlas line. Having gone from editor of a line of dozens of titles to just eight, Stan refocused his efforts on only biggest and best: enter TALES OF SUSPENSE! Anchored by the visual talents Jack Kirby, Steve Ditko and Don Heck, this new "big monster" book became part of a creative revival that would change comics forever. Their twist-ending tales featuring Martians, killer robots and massive monsters were the very foundation for what would become Marvel's super-hero House of Ideas. So strap on your tin-foil hat, grab your ray gun, and get ready to dive into one of the most amazing eras of comics' history! Collecting TALES OF SUSPENSE (1959) #1-10.
In Shops: Aug 27, 2014
SRP: $29.99
View All Items In This Series
ORDER WISH LIST