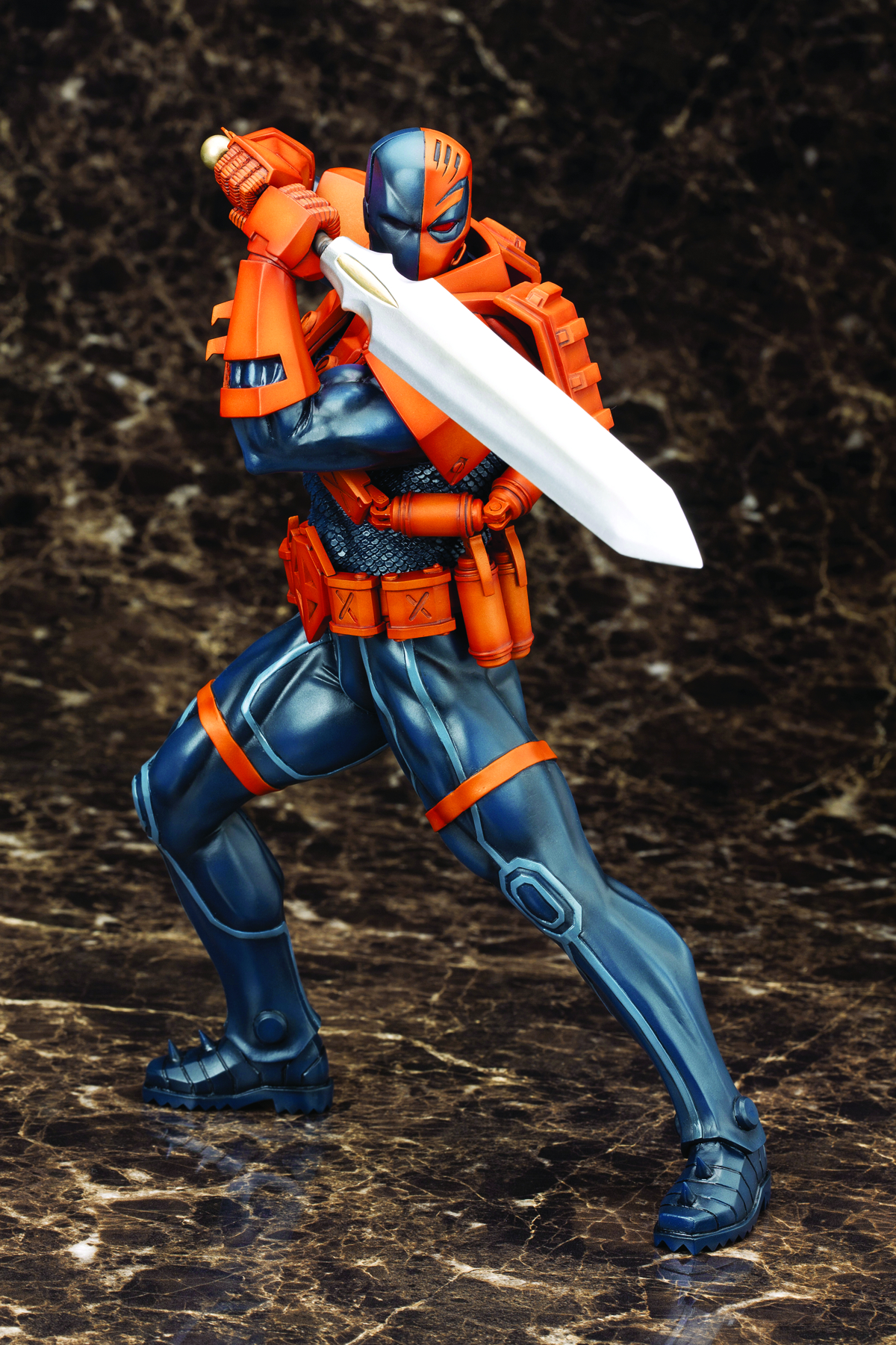 JUN131995
A KOTOBUKIYA Japanese import! Kotobukiya has created several fantastic ARTFX Statues based on DC Comics characters, but there haven't been any from the current "New 52" relaunch... until now.  Slade Wilson was a member of the United States Army chosen for advanced training due to his peak physical condition and strength of will.  He was also experimented on by the very same government he fought for, and with the enhancements they gave him became a mercenary and assassin.  As one of the most dangerous men in the world he goes by the name of DEATHSTROKE!  Appearing in his own comic as part of DC's New 52, the character was re-introduced to the world with an updated costume but the same hardcore attitude and superhuman weapons mastery.
A powerful addition to the DC ARTFX lineup, Deathstroke is captured in a fierce martial arts stance.  The Terminator wears his unique New 52 style armor with a sleek bodysuit, built in boots, a sturdy utility belt, textured mail-like armored torso, and heavy shoulder harness.  His pose is a partial lunge while he holds his sword in a two-handed guard position, as ever aimed at his enemies so he can cut them to pieces!  All of the elements of Deathstroke's armor are expertly sculpted from his spiked boots to his fearsome skull-like helmet and everything in between, while the detailed paint applications show off his traditional blue and orange color scheme.  As an added bonus, Slade's removable faceplate is attached via magnet so you can display him in his fully armored look or unmasked to reveal his scowling countenance and eye-patch!
Deathstroke stands nearly 12 inches tall (in the ARTFX 1/6th scale).  Slade Wilson is the perfect villain/antihero to add to your collection, and he looks great displayed alongside previous DC ARTFX Statues like Batman Black Costume or future New 52 releases!
In Shops: Dec 18, 2013
SRP: $119.99