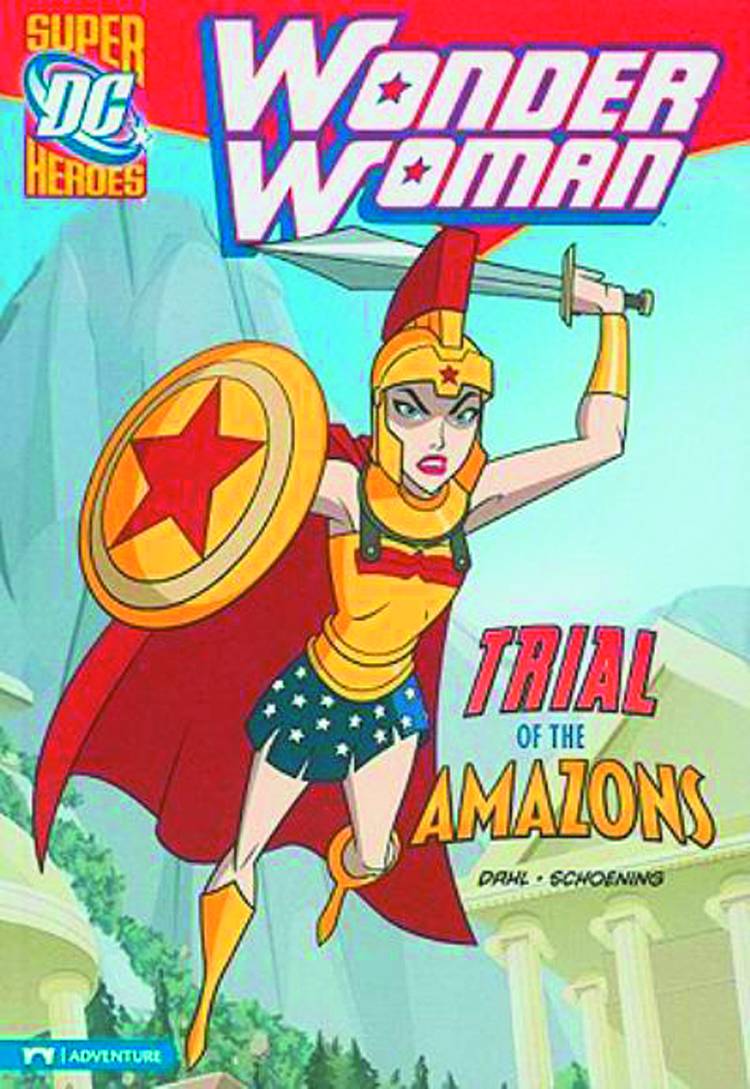 #
JUN131471
(W) Michael Dahl (A/CA) Dan Schoening
When a fighter jet crashes on Paradise Island, young Princess Diana asks her mother, Queen Hippolyta, for permission to enter the world of mortals. The queen thinks Diana's request is a good one. She holds a special competition, a test of skill and bravery, to determine which Amazonian will be permitted to go. But Diana, as a royal princess, is denied from entering the trials! Against her mother's wishes, and behind the disguise of a mask, the princess sets out to prove the she is indeed the best of them - that she alone is a Wonder Woman.
In Shops: Aug 28, 2013
SRP: $4.95
View All Items In This Series