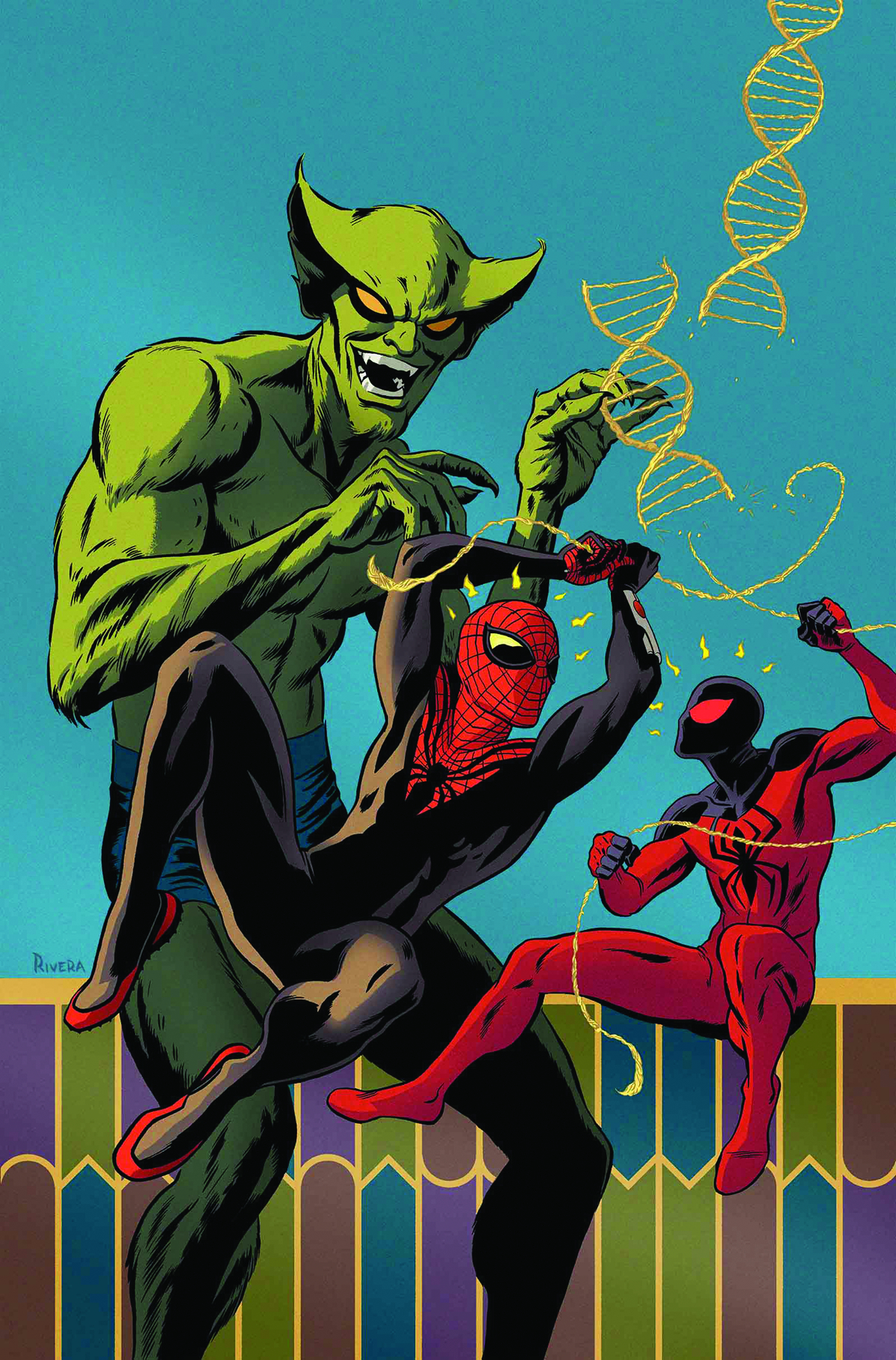 JUN130608
(W) Christopher Yost (A) Marco Checchetto (CA) Paolo Rivera
SIBLING RIVALRY BEGINS HERE!
•  Because you demanded it! Parker versus Parker! The Superior Spider-Man Versus Scarlet Spider!
•  Kaine has come to New York to check on Peter's 'superior' behavior, not realizing Doc Ock has taken over Peter's life. But Ock sure knows who Kaine is...Kaine, the man who once KILLED Doctor Octopus. And now it's payback time.
In Shops: Aug 14, 2013
SRP: $3.99
View All Items In This Series
ORDER WISH LIST