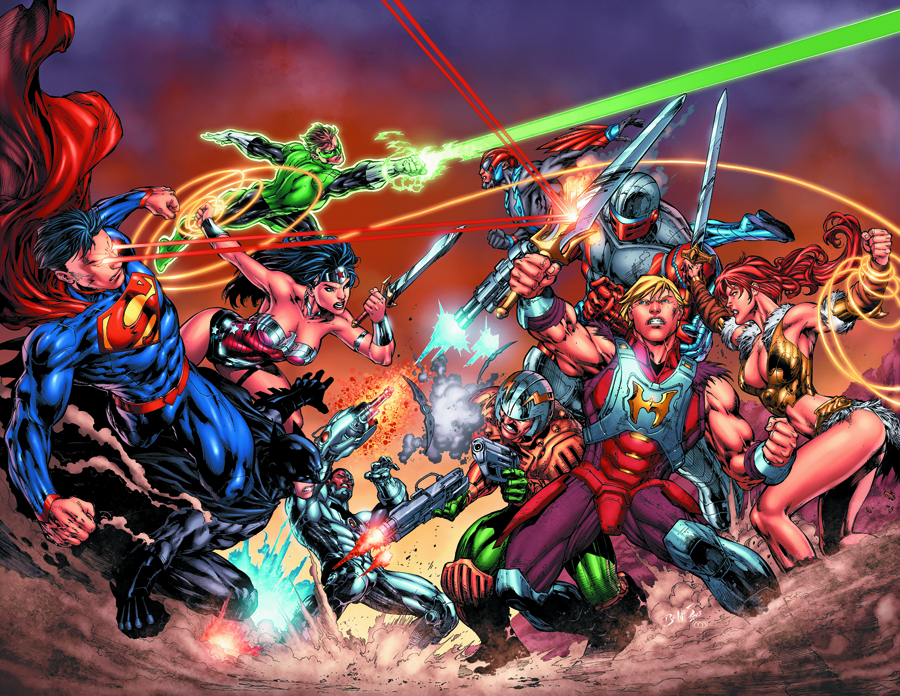 JUN130242
(W) Keith Giffen (A) Dexter Soy (CA) Ed Benes
After narrowly escaping his last battle with He-Man, Skeletor has fled to the most unexpected realm to recover: EARTH! Once there, he sets a plan in motion to siphon off Earth's core magic. Forging an unlikely hunting party, He-Man and company go in search of Skeletor. Finding themselves at odds with the heroes of the DC Universe, He-Man and the Masters of the Universe must find a way to stop Skeletor and his mysterious new master!
This debut issue features two covers by Ed Benes, both available for ordering: one featuring the heroes of the DC Universe, and the other featuring The Masters of the Universe!
In Shops: Sep 04, 2013
SRP: $2.99
View All Items In This Series
ORDER WISH LIST