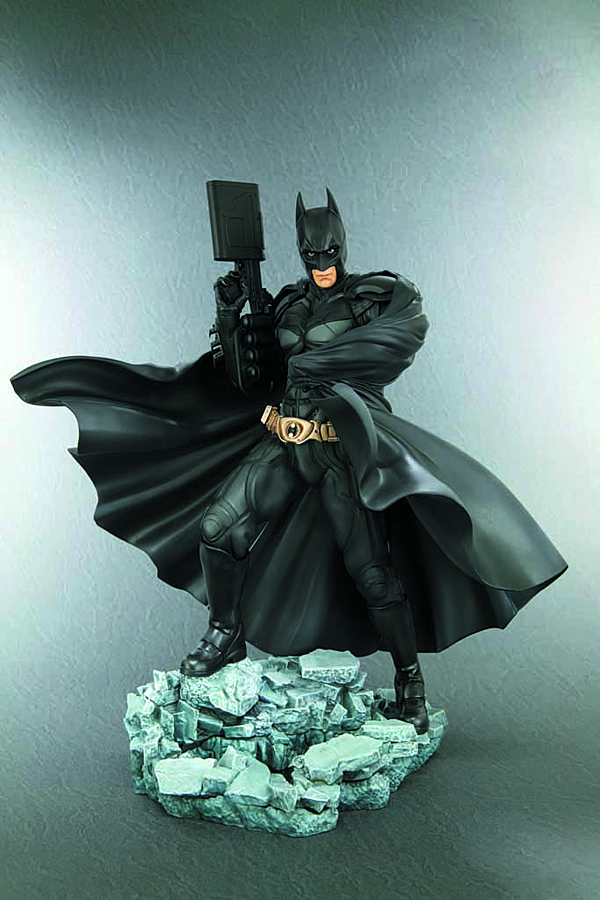 JUN121932
A KOTOBUKIYA Japanese import! The Dark Knight is back! Kotobukiya is proud to present a new ARTFX Statue based on The Dark Knight Rises. To celebrate that release you can get the newest incarnation of the big screen hero for your shelf with Batman: The Dark Knight Rises! Featuring a beautifully detailed sculpt recreating Batman's specific appearance in the film, this version of the character faithfully recreates the hero's intricate armored bat-suit with cape and cowl. Standing ready for action, the world's greatest detective oversees Gotham City from the top of a rocky landscape. Sculpted by MIC, Batman: The Dark Knight Rises towers over 15" tall (1/6th scale) on a rocky display base that includes a hidden light-up bat symbol!