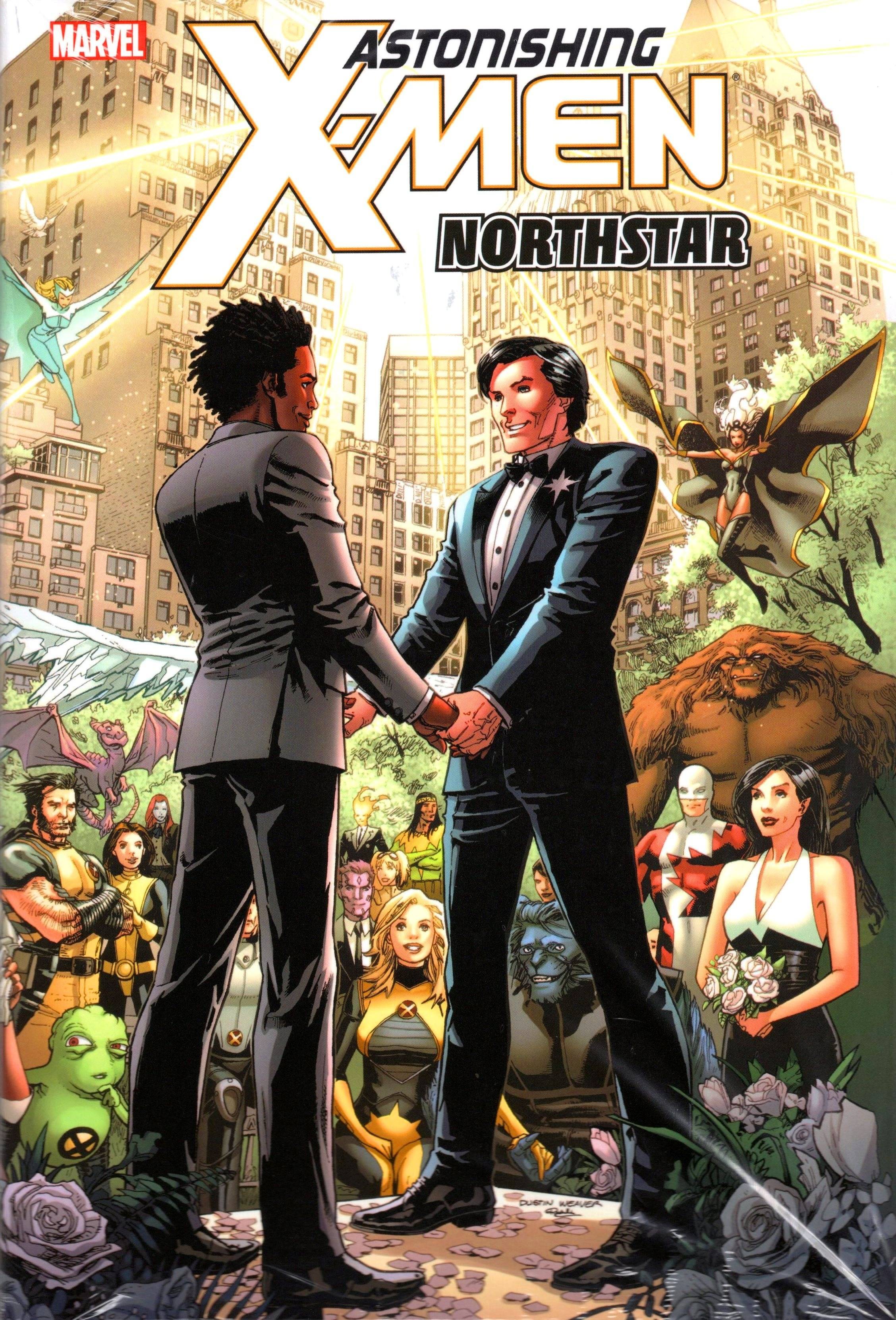 JUN120716
(W) Marjorie M. Liu, Tim Fish (A) Mike Perkins, Tim Fish (CA) Dustin Weaver
The X-Men return to New York City, but it's not a social call - the Marauders are back! Something from Northstar's past has resurfaced and is looking for revenge - and when his boyfriend Kyle goes missing, will Northstar choose him or the team? Plus: Karma is losing control of her mind and taking control of the other X-Men - but all that pales in comparison to how this story ends! Collecting ASTONISHING X-MEN (2004) #48-51 and material from NATION X #2.