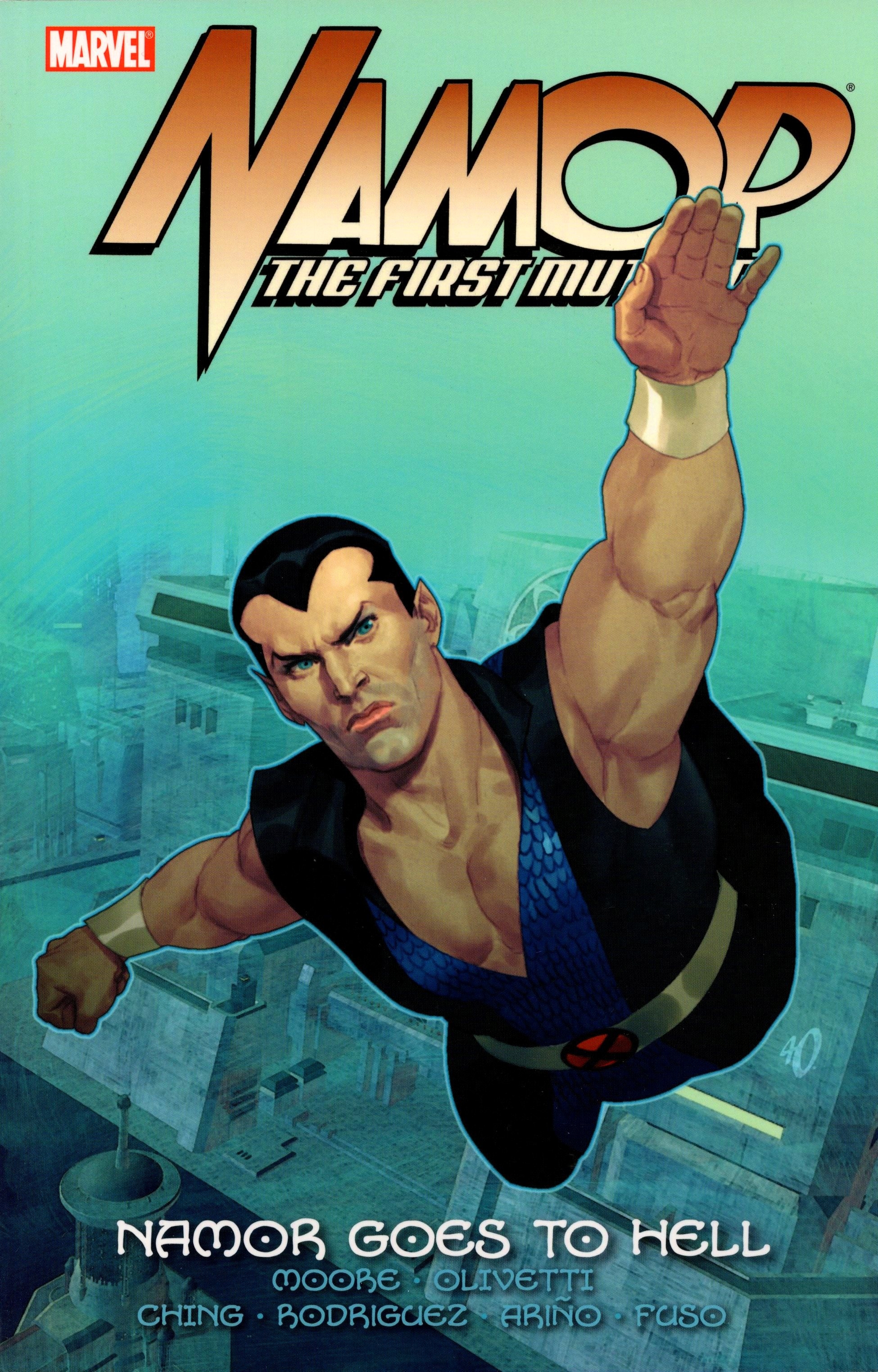 JUN110771
(W) Stuart Moore (A) Various (CA) Ariel Olivetti
Written by STUART MOORE
Penciled by ARIEL OLIVETTI, BRIAN CHING, SERGIO ARINO, ANTONIO FUSO & CARLOS RODRIGUEZ
Cover by ARIEL OLIVETTI
If Wolverine jumped off a bridge, would you jump, too? That's the question Namor must answer when the old Kings of Atlantis escape Hell only to drag him back down with them - into a burning desert wasteland. Can even the X-Men help him now? And with its king missing, what will happen to New Atlantis? Also featuring a special story showcasing the different sides of Prince Namor: proud king, valiant hero - and arrogant, unfaithful lover. Years ago, when Namor was young, he fell in love with a surface woman - only to break her heart. But what is her connection to the new generation of X-Men? Collecting NAMOR: THE FIRST MUTANT #5-11.
168 PGS./Rated T+ ...$16.99