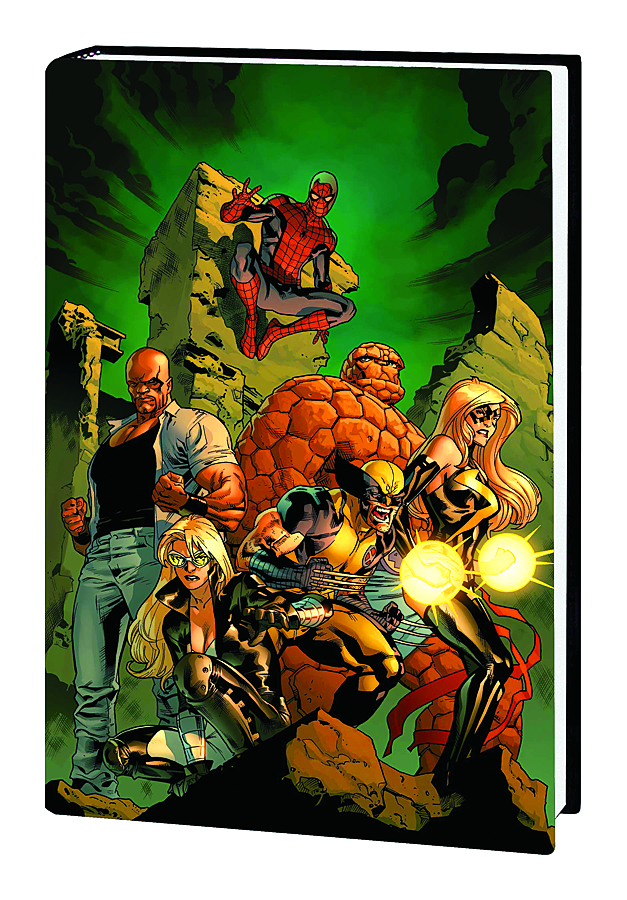 JUN110737
(W) Brian Michael Bendis (A) John Romita Jr., Bryan Hitch (CA) Stuart Immonen
Written by BRIAN MICHAEL BENDIS
Penciled by STUART IMMONEN, DANIEL ACUNA, MIKE DEODATO JR.
& HOWARD CHAYKIN
Cover by STUART IMMONEN
Of all the mysteries of the Marvel Universe, none are more shocking than the one that will be revealed here. Before S.H.I.E.L.D., before the birth of the super hero, what deep, dark secret has Nick Fury held for all these decades - and how has it come back to terrorize everyone? All will be revealed as writer Brian Michael Bendis teams up with artist Mike Deodato for the first time since their chart-busting run on DARK AVENGERS. And joining them is comics legend Howard Chaykin for Fury flashbacks that will delight and startle you! Collecting NEW AVENGERS (2010) #7-13.
168 PGS./Rated A ...$24.99