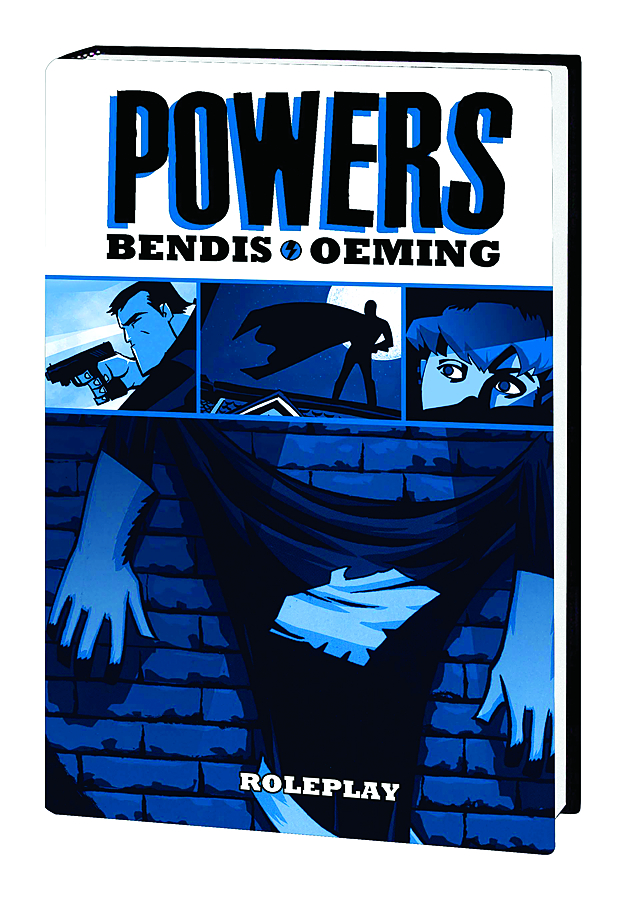 JUN110715
(W) Brian Michael Bendis (A/CA) Michael Avon Oeming
Written by BRIAN MICHAEL BENDIS
Penciled by MICHAEL AVON OEMING
Cover by MICHAEL AVON OEMING
Follow the series that made Brian Michael Bendis and Michael Avon Oeming comic-book superstars! Detectives Christian Walker and Deena Pilgrim work special homicide cases that involve Powers, and this is the most disturbing one of their careers. A group of college kids who "role play" their favorite real-life superheroes D&D style are being murdered one by one. And the path of violence takes our detectives to the most unexpected places! This completely redesigned, reformatted and reworked hardcover is perfect for both new readers and old! Collecting POWERS (2000) #8-11.
112 PGS./Mature ...$19.99