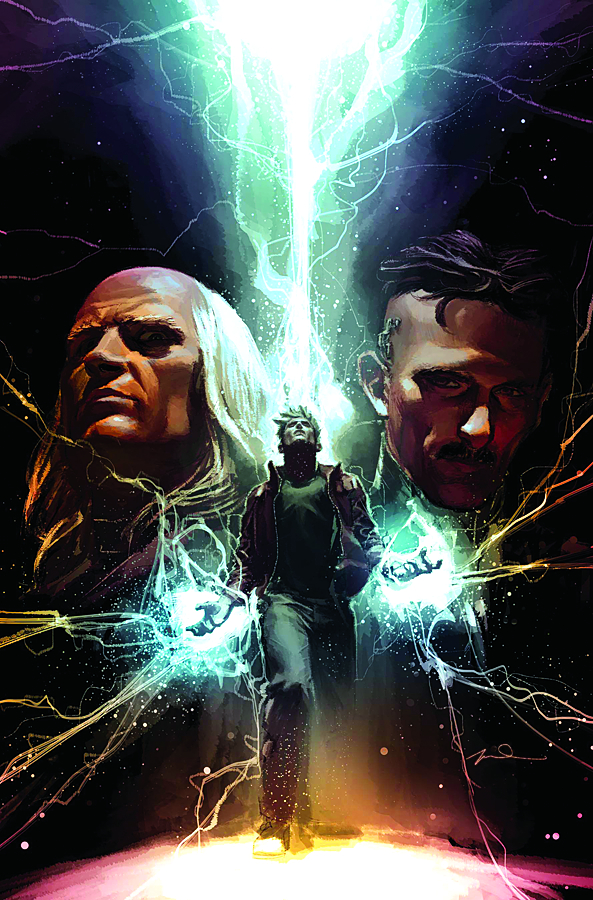 JUN110680
(W) Jonathan Hickman (A) Dustin Weaver (CA) Gerald Parel
Written by JONATHAN HICKMAN
Penciled by DUSTIN WEAVER
Cover by GERALD PAREL
Historical Variant by DUSTIN WEAVER
The battle between Leonardo Da Vinci and Issac Newton for the Immortal City comes to a climactic conclusion! Leonid makes his choice between his two fathers, Michelangelo and Tesla kick their plan into high gear and Howard Stark lays the foundation for the organization you know as S.H.I.E.L.D.
32 PGS./Rated T+ ...$2.99