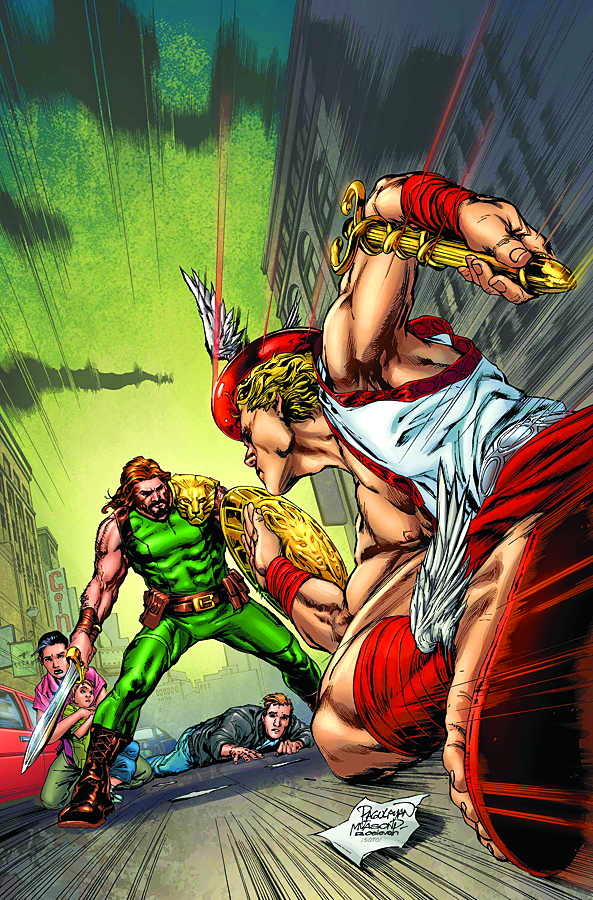 JUN110674
(W) Greg Pak (A) Mike Grell (CA) Carlo Pagulayan
Written by FRED VAN LENTE & GREG PAK
Penciled by MIKE GRELL
Cover by CARLO PAGULAYAN
START READING with this Point One Issue!
Herc's had a busy time recently. He saved all of reality, got?depowered in the process, moved out to Brooklyn and became a local?hero. Although he's no longer a god and shows no interest in reclaiming his place in Olympia, that doesn't mean that Olympia's forgotten about him. A figure from Herc's past has come to hunt him down, and his intentions for what to do once he finds him remain unclear. Does Olympia have it out for its former son? Written by?Marvel Masters Greg Pak and Fred Van Lente and drawn by artist extraordinaire Mike Grell, HERC 6.1 offers an awesome jumping-on point for anyone curious about Marvel's beloved bruiser, Herc!
32 PGS./Rated T+ ...$2.99