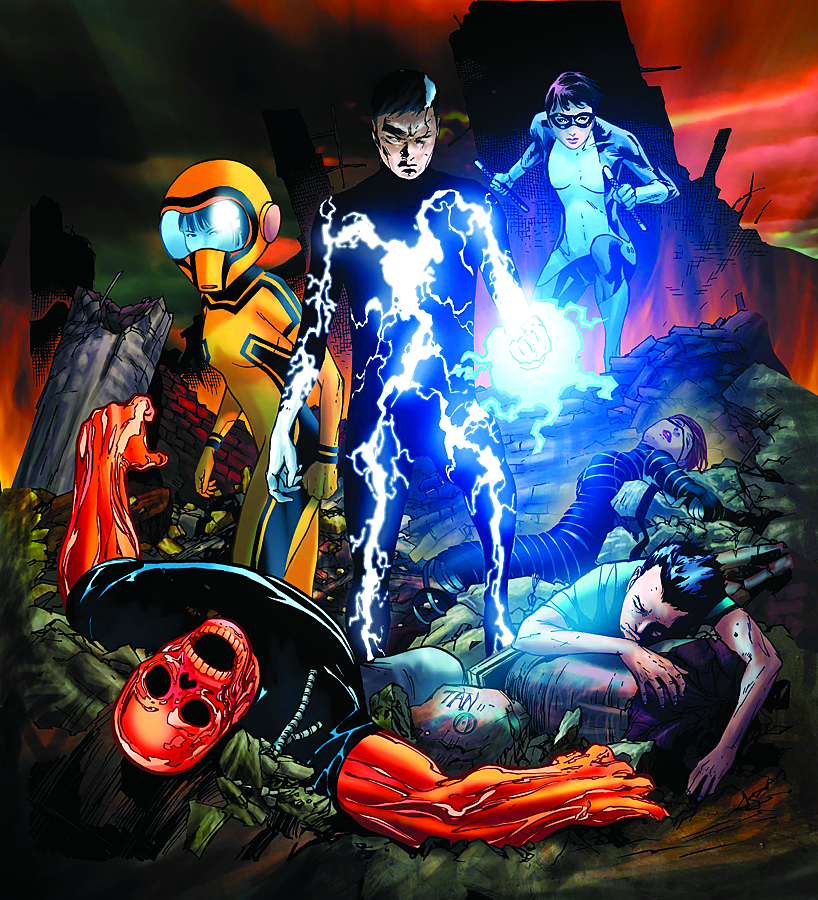 JUN110597
(W) Christos N. Gage (A) Andrea DiVito (CA) Billy Tan
Written by CHRISTOS GAGE
Pencils by TOM RANEY
Covers by BILLY TAN
FEAR ITSELF TIE-IN
Trapped in the Infinite Mansion with murderous demigods, the heroes-in-training of Avengers Academy must do the?unthinkable...or die! Is this the issue where the students choose evil? Find out as August delivers two issues of the series that IGN calls "the under-appreciated gem of the Avengers franchise."
32 PGS./Rated A ...$2.99