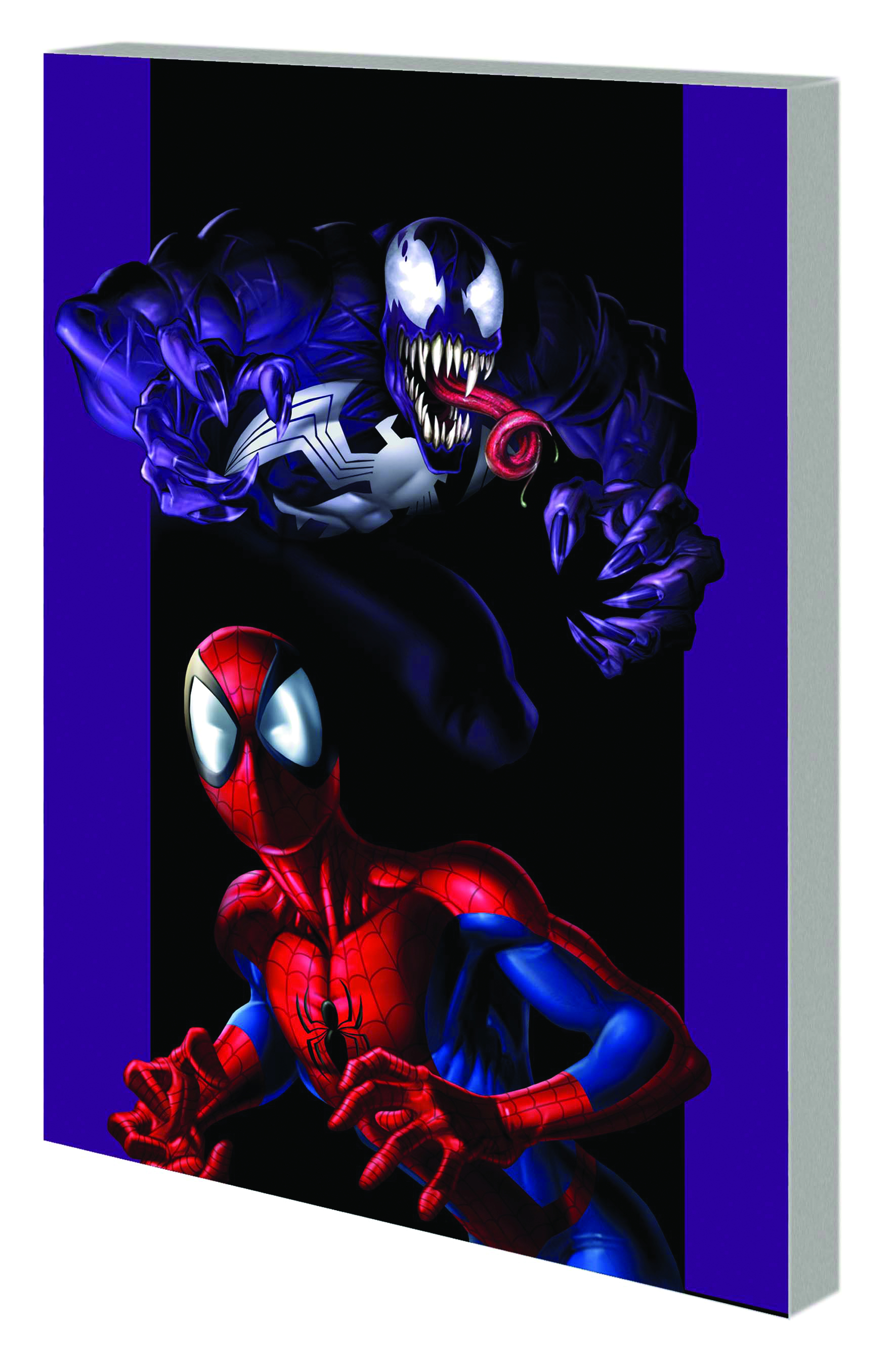 JUN100679
(W) Brian Michael Bendis (A/CA) Mark Bagley
Written by BRIAN MICHAEL BENDIS
Penciled by MARK BAGLEY
Cover by MARK BAGLEY
Collecting the groundbreaking third year of ULTIMATE SPIDER-MAN in one colossal trade paperback! Spider-Man beat Kraven. He defeated Dr. Octopus. He even survived a serious scrap with an artificially enhanced Green Goblin. As it turns out, though, his worst enemy is a simple crook in a Spider-Man suit. That's all it takes to ruin Spider-Man's reputation, suddenly painting Peter Parker's alter ego as Public Enemy No. 1...and changing his life forever. Then: Spider-Man's ultimate villain gets the Ultimate treatment! After reuniting with his childhood friend Eddie Brock, Peter discovers a secret about their fathers' pasts...a black liquid that can transform into a protoplasmic bodysuit, curing any illness and enhancing the wearer's strength and abilities. But when Peter tries to continue his father's work, he accidentally becomes encased in the murky liquid and becomes nearly unstoppable...but at a terrible price. Collecting ULTIMATE SPIDER-MAN #1/2 & #28-39.