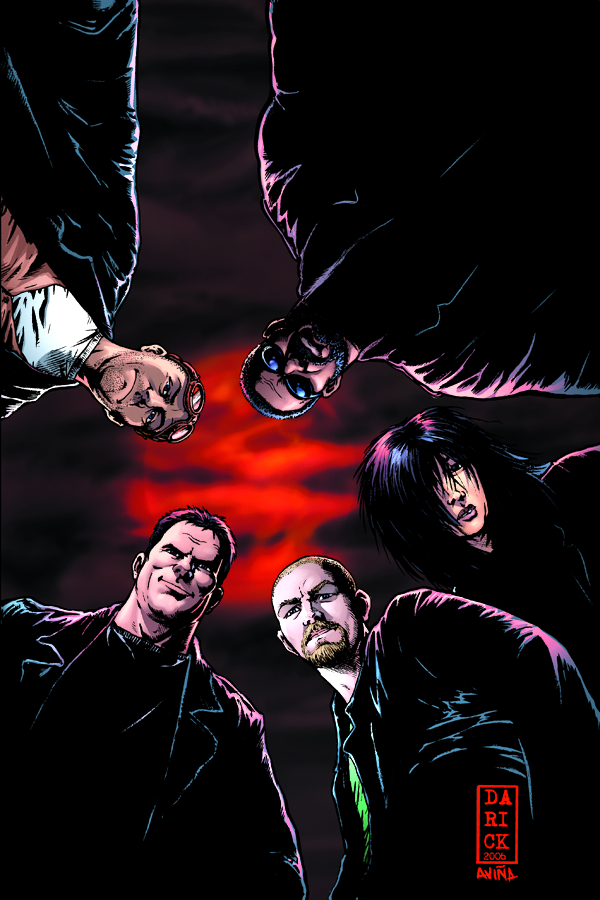 JUN083805
(W) Garth Ennis (A) Peter Snejbjerg (A/CA) Darick Robertson
Dynamite is going back to press for a NEW Printing of The Boys Definitive Edition Vol. 1 Hardcover! This is going to hurt! In a world where costumed heroes soar through the sky and masked vigilantes prowl the night, someone's got to make sure the "supes" don't get out of line. And someone will! Billy Butcher, Wee Hughie, Mother's Milk, The Frenchman, and The Female are The Boys: A CIA-backed team of very dangerous people, each one dedicated to the struggle against the most dangerous force on Earth - superpower! Some superheores have to be watched. Some have to be controlled. And some of them - sometimes - need to be taken out of the picture. That's when you call in The Boys! The series draped in controversy is now presented in its "definitive" edition as Dynamite present the first 14 issues of the acclaimed series in one massive, oversized hardcover! Featuring some ever-so-slight tweaks the creators have meticulously restored, The Boys Definitive Edition Volume 1 also features bonus art materials, the script to issue #4 by Garth Ennis, a complete cover gallery, and more!
In Shops: Dec 17, 2008
SRP: $75.00
View All Items In This Series
ORDER WISH LIST