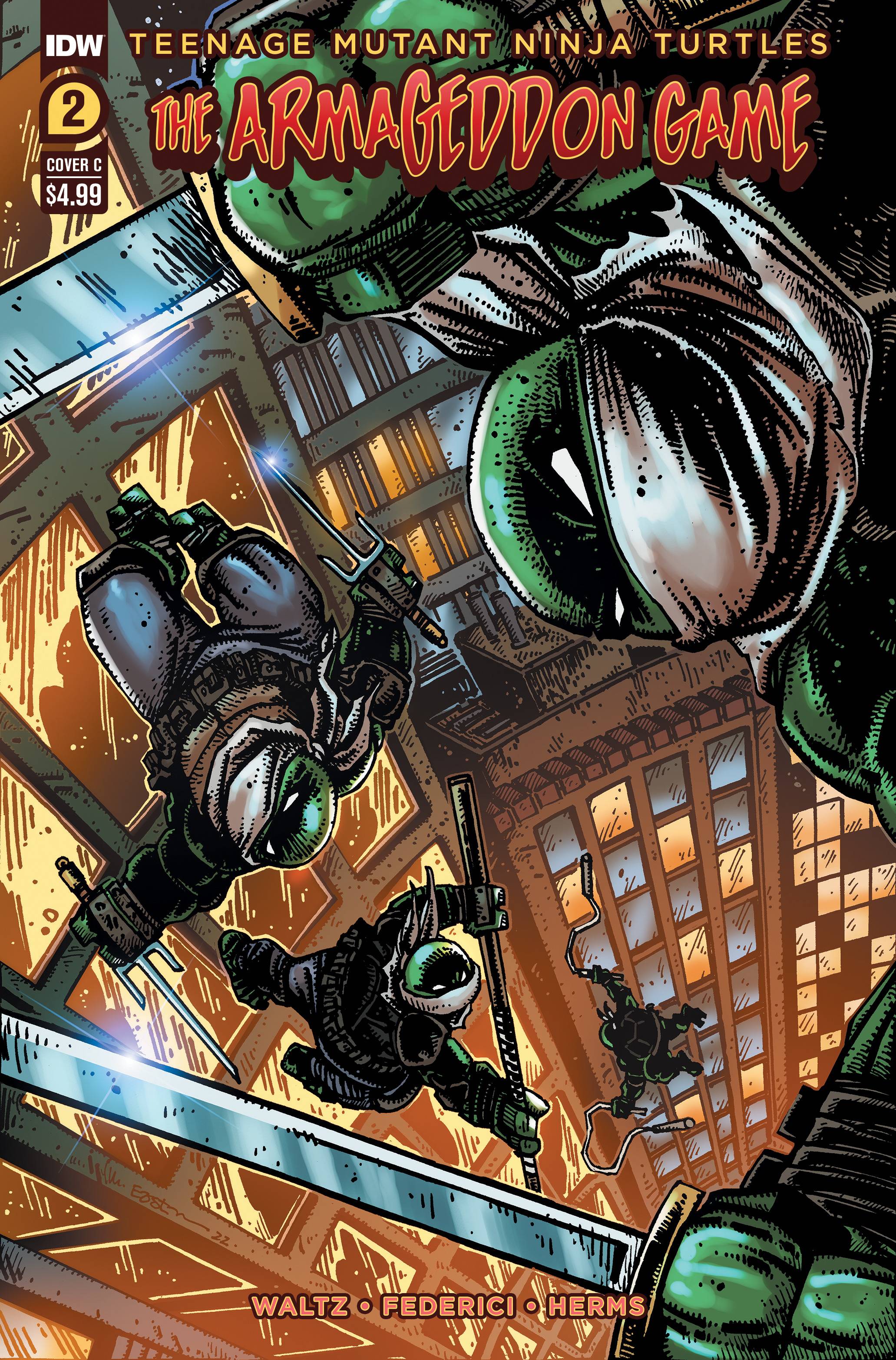 #
JUL228554
(W) Tom Waltz (A) Vincenzo Federici (CA) Kevin Eastman
As Shredder and Leonardo team up with Cudley the Trans-Dimensional Cowlick in order to seek out the help of the enigmatic Cherubae in Dimension Z, Michelangelo joins Commander Dask and his Neutrino warriors on a quest to locate the rebellious Nova Posse in Dimension X. Meanwhile, Raphael is forced to swallow his pride-and his hatred-as he hunts down the missing Old Hob in New York City. But even if they find them, will the TMNT's quarries be willing to join the battle against Rat King's latest deadly pawns-Baxter Stockman, General Krang, and Madame Null-who are already taking the fight to Donatello and Jennika in Mutant Town?
In Shops: Oct 26, 2022
SRP: $4.99
View All Items In This Series
ORDER SUBSCRIBE WISH LIST