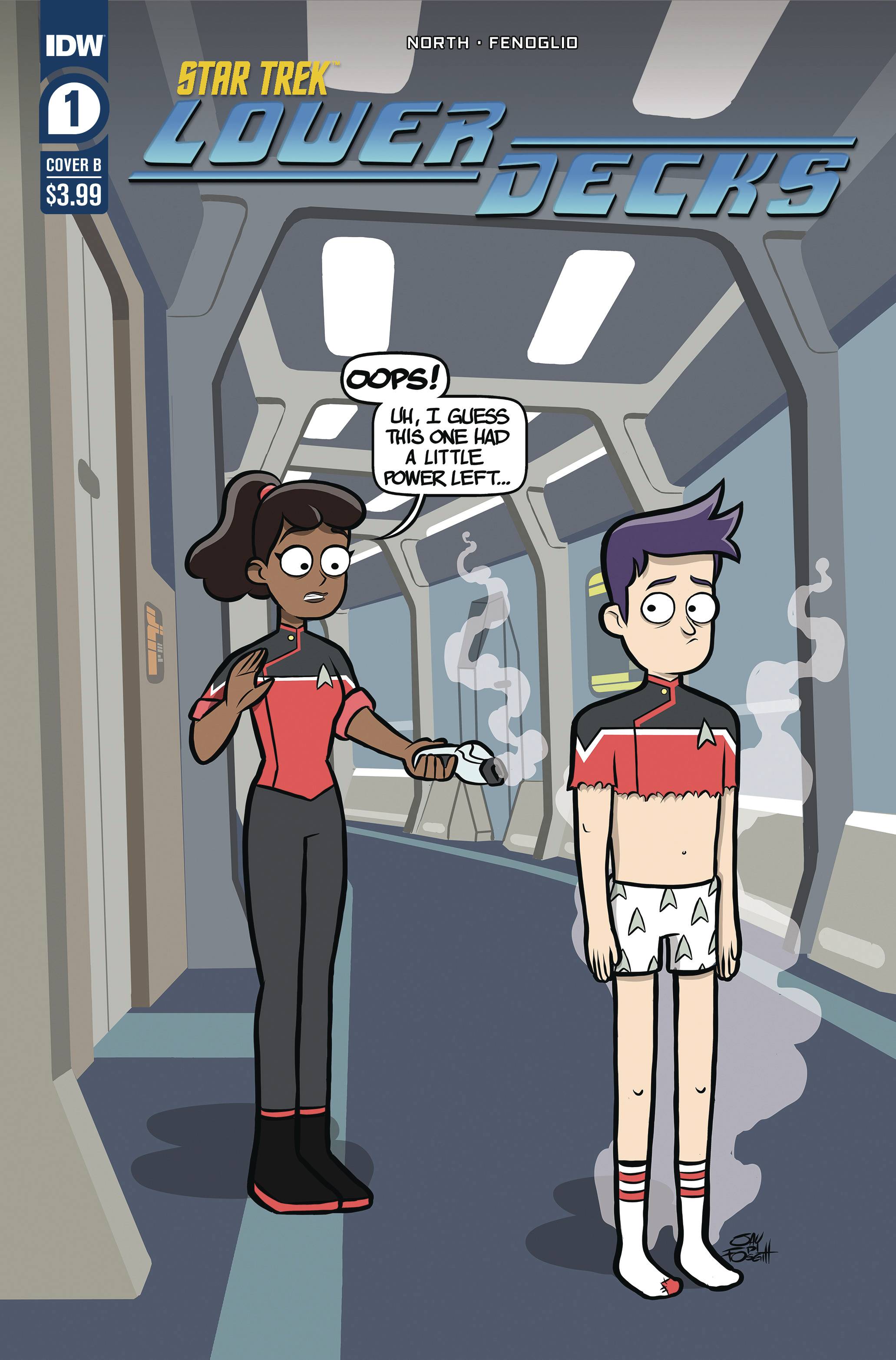 #
JUL221634
(W) Ryan North (A) Chris Fenoglio (CA) Jay P. Fosgitt
The hit Paramount+ animated series makes its comics debut with Eisner-winning comics writer Ryan North (The Unbeatable Squirrel Girl) at the helm! Soon after leading her crew on a planetary expedition aimed at building bridges and advancing Federation technology, Captain Freeman begins to suspect that the planet and its people are not all what they seem... Meanwhile, the crew in the lower decks take to the holodeck, enjoying some much-needed recreational time-until a bloodthirsty visitor decides to join in on their games!
In Shops: Sep 14, 2022
SRP: $6.99
View All Items In This Series