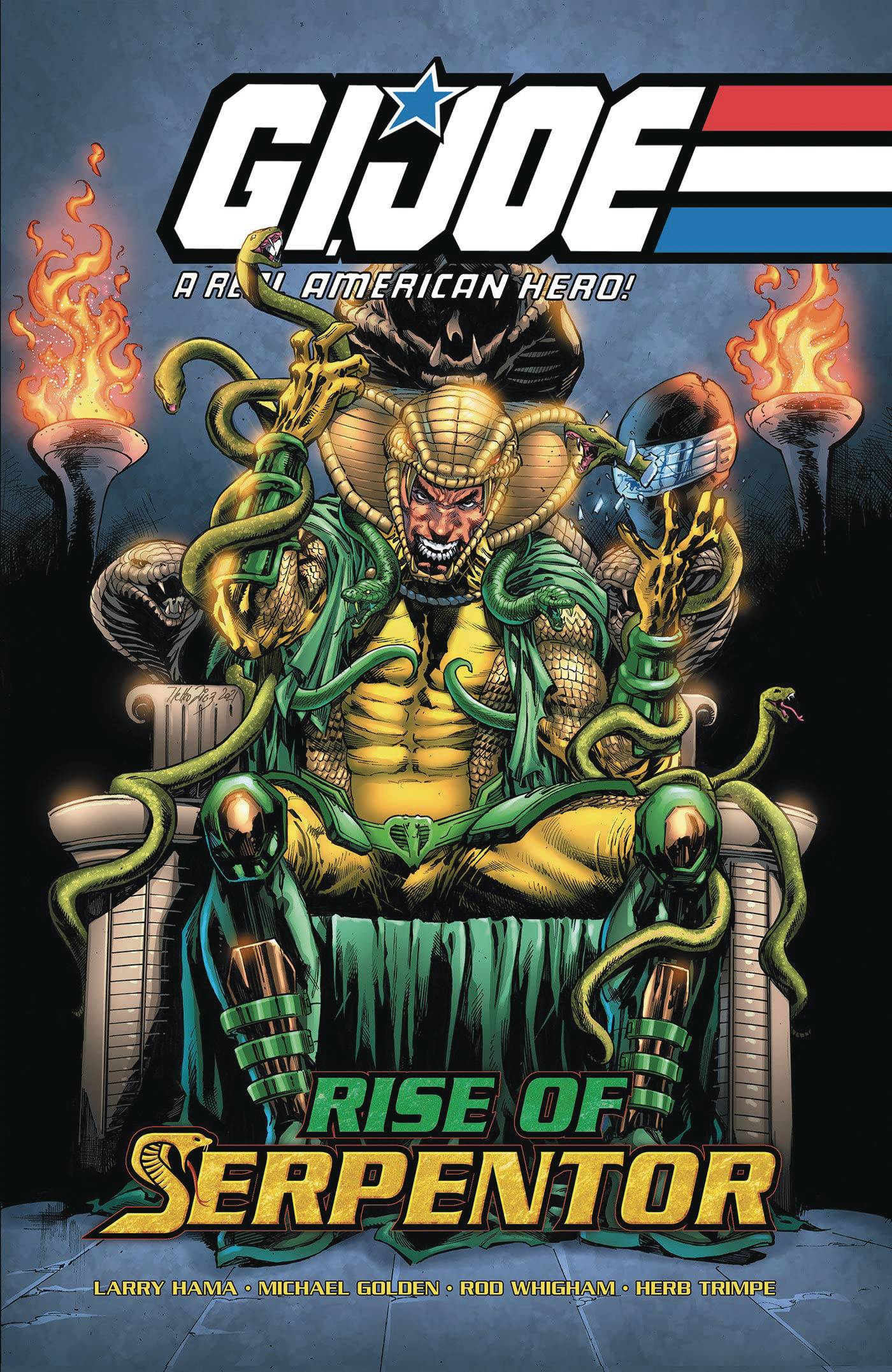 #
JUL221615
(W) Larry Hama (A) Michael Golden, Rod Whigham, Herb Trimpe
Discover the history of one of the most notorious members of Cobra with this collection of stories from the original 1980s comics! Created by a secret cabal of Cobra scientists who combed the tombs, sarcophagi, and relics of the great despots of history to produce a clone with the military genius of Napoleon, the ruthlessness of Julius Caesar, the daring of Hannibal, and the fiscal acumen of Attila the Hun into the ultimate Cobra Emperor-Serpentor! This oversized hardcover collection contains the G.I. Joe Yearbook #2 (March 1986) story "Triple Play," A Real American Hero issues #46-53 (April 1986-November 1986) that detail the creation of the infamous character, and Special Missions #1-2 (October 1986-December 1986).
In Shops: Sep 28, 2022
SRP: $59.99