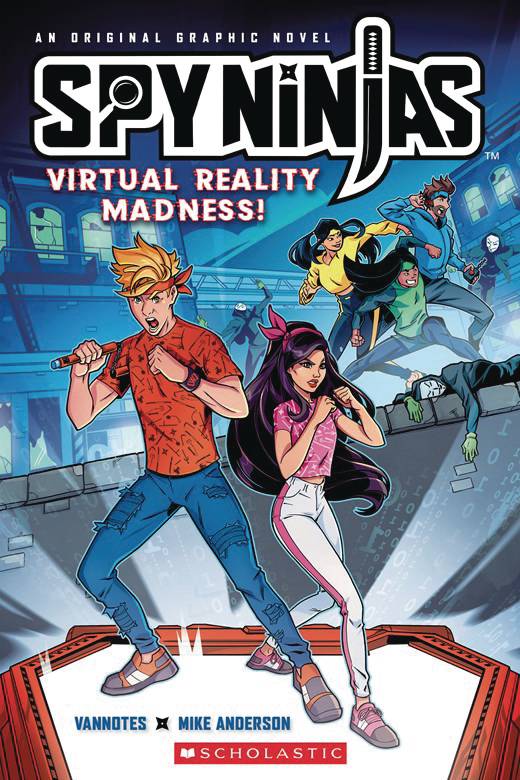 #
JUL221558
(W) Mike Anderson (A) Vannotes
The Spy Ninjas finally have the upper hand! Chad and Vy have discovered a super secret project Zorgo base. It's filled with gadgets, gizmos and some serious technology. Chad and Vy just have to show some of this to the other Spy Ninjas. They bring a VR headset home with them, but it's more than meets the eye. Chad and Vy try on the headset and get sucked into a virtual world! This can't be good. Complete with digital bosses, exploding food, and wacky characters, will the Spy Ninjas be able to escape or will project Zorgo prevail once and for all?
In Shops: Sep 14, 2022
SRP: $12.99
View All Items In This Series
ORDER SUBSCRIBE WISH LIST