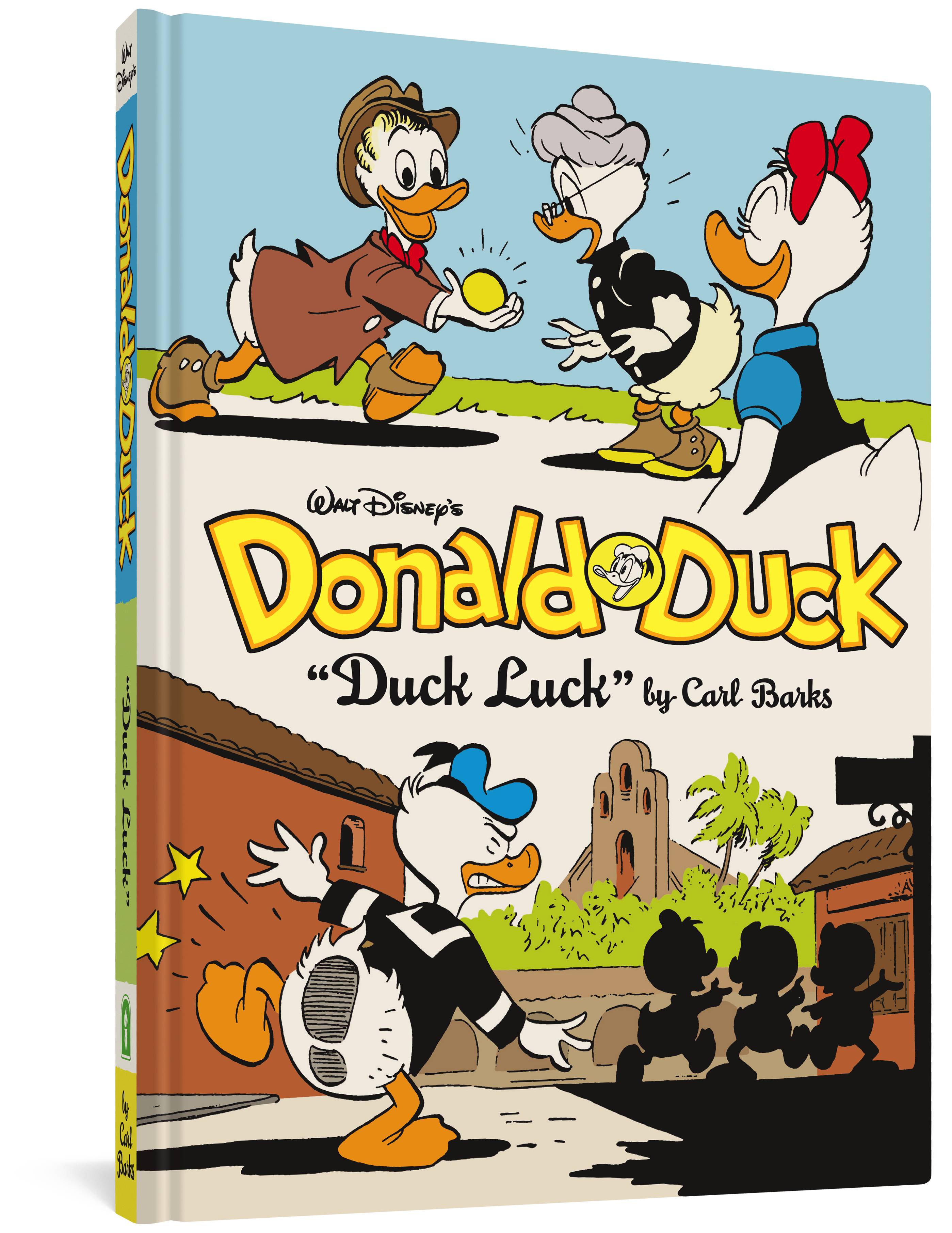 #
JUL221506
(W) Carl Barks (A/CA) Carl Barks
Icebergs at sea, Gyro's teleporter, captured by cavemen - and the
Junior Woodchucks fight to defend the environment!
In this collection of world-famous Disney comics stories, Donald Duck decides to
enlist Gladstone Gander and his unfailing good luck to prove a fortune cookie wrong
when it warns, "You can't do anything right today." (Good luck with that!) Next, it's
off to the roaring North Seas, on one of Uncle Scrooge's schooners, where Donald
and the boys compete to bring in the most fish. But they're falling behind - until
Donald unlocks Scrooge's "Secret Device." Then Donald gets into trouble when Gyro
invents a matter transmitter that only half works. And Donald and the boys, while on
a trip to the Grand Canyon (to expose a fraud), get captured by cavemen! Plus: Daisy
Duck strikes a blow for women's equality when she and her nieces climb Precipice
Peak - a feat that no man has ever dared! Also in this volume - Carl Barks's stories
of the Junior Woodchucks starring Huey, Dewey, and Louie, written and penciled
by Barks with finishes by internationally acclaimed Duck artist Daan Jippes!
This season's Carl Barks Library slipcased gift box set collects two volumes
in this popular series: Walt Disney's Donald Duck: "Christmas in Duckburg" (An
impossible Christmas wish and a nail-biting race to a South Seas island!) and Walt
Disney's Donald Duck: "Under the Polar Ice" (Lost in the arctic, flying sleds, and
peril in the jungle!). 400 pages in two volumes snugged into a sturdy slipcase at a
special price that even Uncle Scrooge couldn't resist!
Carl Barks (1901-2000), one of the most brilliant cartoonists of the 20th century,
entertained millions around the world with his timeless tales of Donald Duck and
Uncle Scrooge.
In Shops: Nov 30, 2022
SRP: $35.00
View All Items In This Series
ORDER SUBSCRIBE WISH LIST