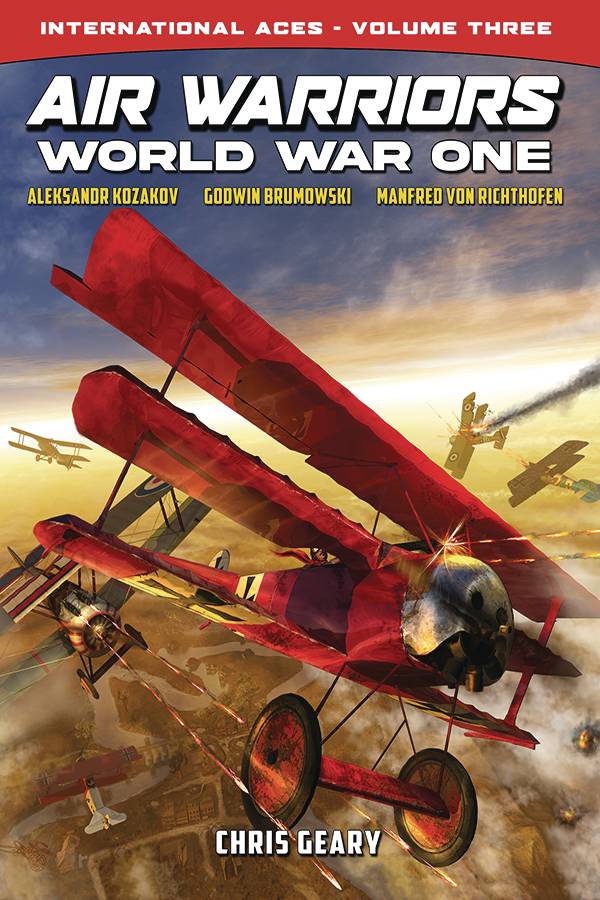 #
JUL221385
(W) Chris Geary (A) Chris Geary (CA) Kurt Miller
Take to the skies over Europe during World War I as ace fighter plane pilots engage in battle with primitive machines that were held together with canvas, wire, wood, and metal. These adventurers, who were drawn to the conflict, came from as far afield as India, Canada, New Zealand and South Africa, and would fight to defend their homeland, fight for nationalistic pride, and fight for personal glory. Volume Three features the exploits of Russia's Aleksandr Kozakov, Austro-Hungary's Godwin Brumowski, and Germany's Manfred Von Richthofen.
In Shops: Sep 14, 2022
SRP: $14.99
View All Items In This Series
ORDER SUBSCRIBE WISH LIST