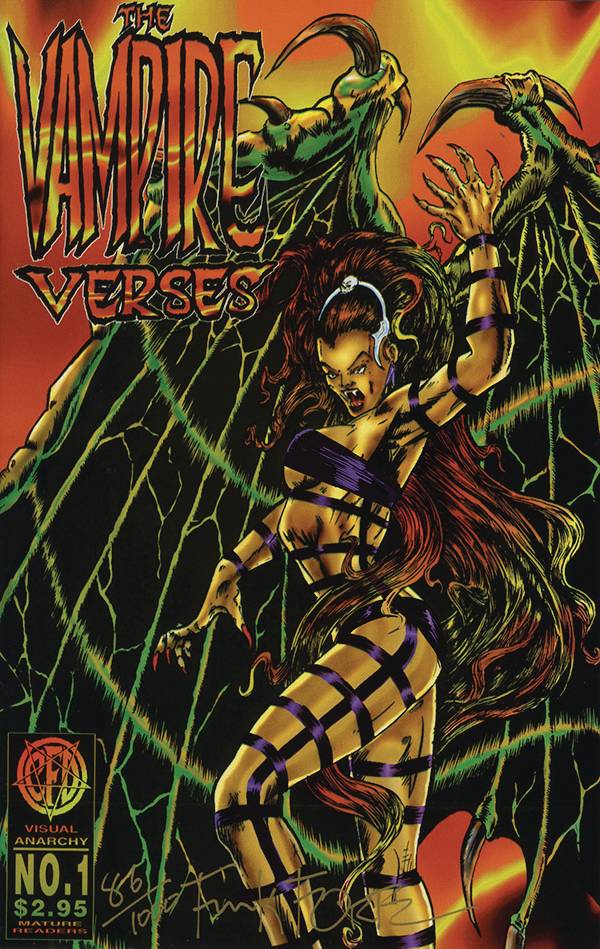 #
JUL221217
(W) Frank Forte (A/CA) Frank Forte
This debut issue introduces Angelika, an exotic dancer in the NYC club scene who is unwittingly turned into a creature of the night. As she tries to make sense of what she has become she learns of a bloody Vampire War that is being fought in the streets and subway tunnels of New York City. Slowly the truth unfolds as Angelika begins to realize she is a key part of an ancient scrolled prophecy known as The Vampire Verses. Limited to 1000 copies. Original first printing. Signed by Frank Forte in gold ink. This issue come bagged and boarded with COA.
In Shops: Sep 28, 2022
SRP: $9.99
View All Items In This Series