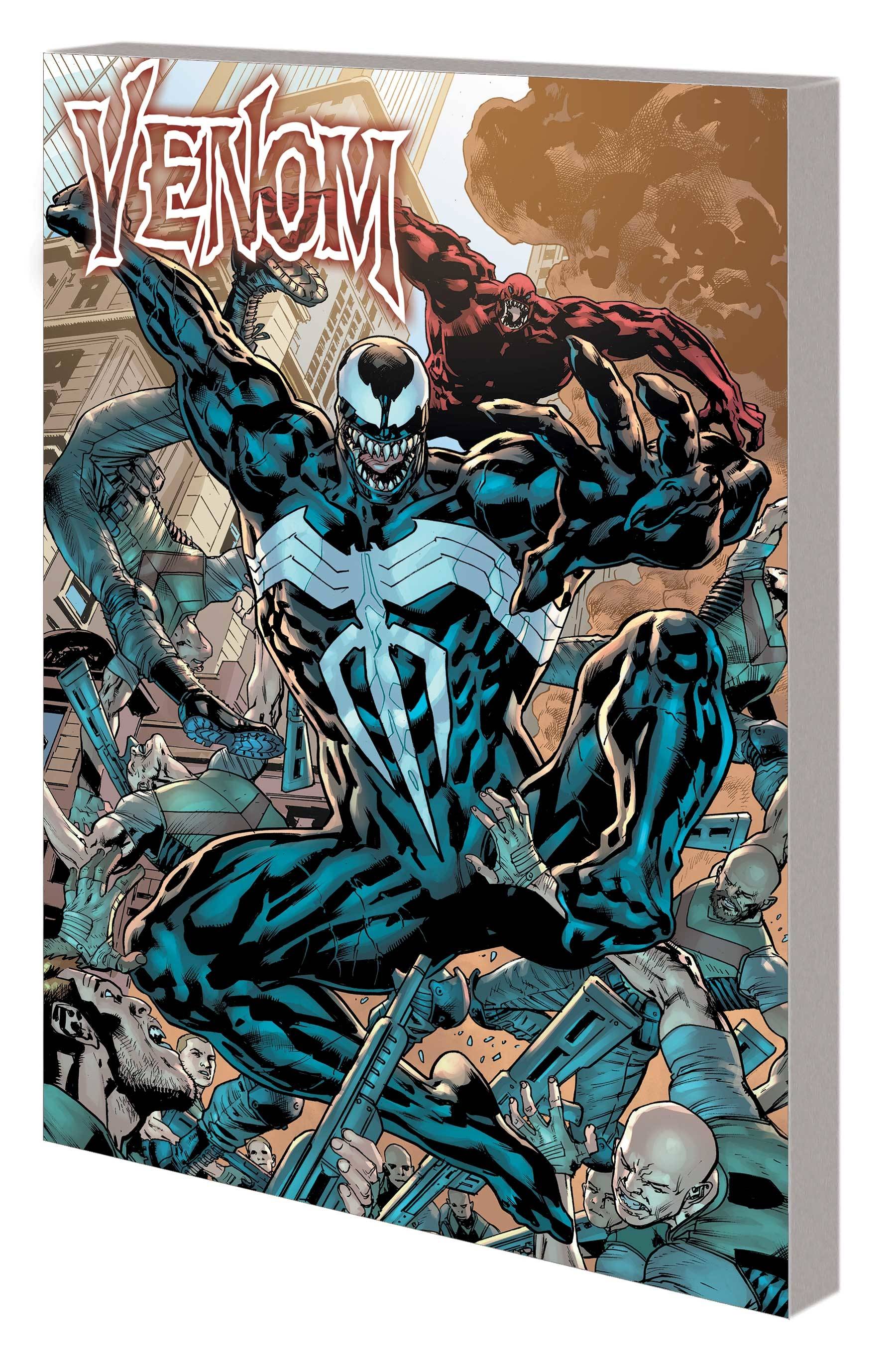 #
JUL221003
(W) Al Ewing, Ram V. (A/CA) Bryan Hitch
The new Venom is in the fight of his life - and he may be in it alone! As Dylan Brock and his symbiote continue to learn to live together without Eddie Brock, the Life Foundation has activated a deadly new operative named the Spearhead! Dylan and Venom aren't the only ones dead in his sights: Every single symbiote that they (and you!) have ever known and cared about is a target as well! And without Eddie's guidance, Dylan stands poised to give into the same darkness that his father once did. Meanwhile, Eddie is still getting used to his new place in the symbiote hive. But little does he know that his battle across the cosmos has only just begun - and Kang the Conqueror has a front-row seat for its first act! Collecting VENOM (2021) #6-10.
Rated T+
In Shops: Nov 02, 2022
SRP: $15.99
View All Items In This Series
ORDER SUBSCRIBE WISH LIST