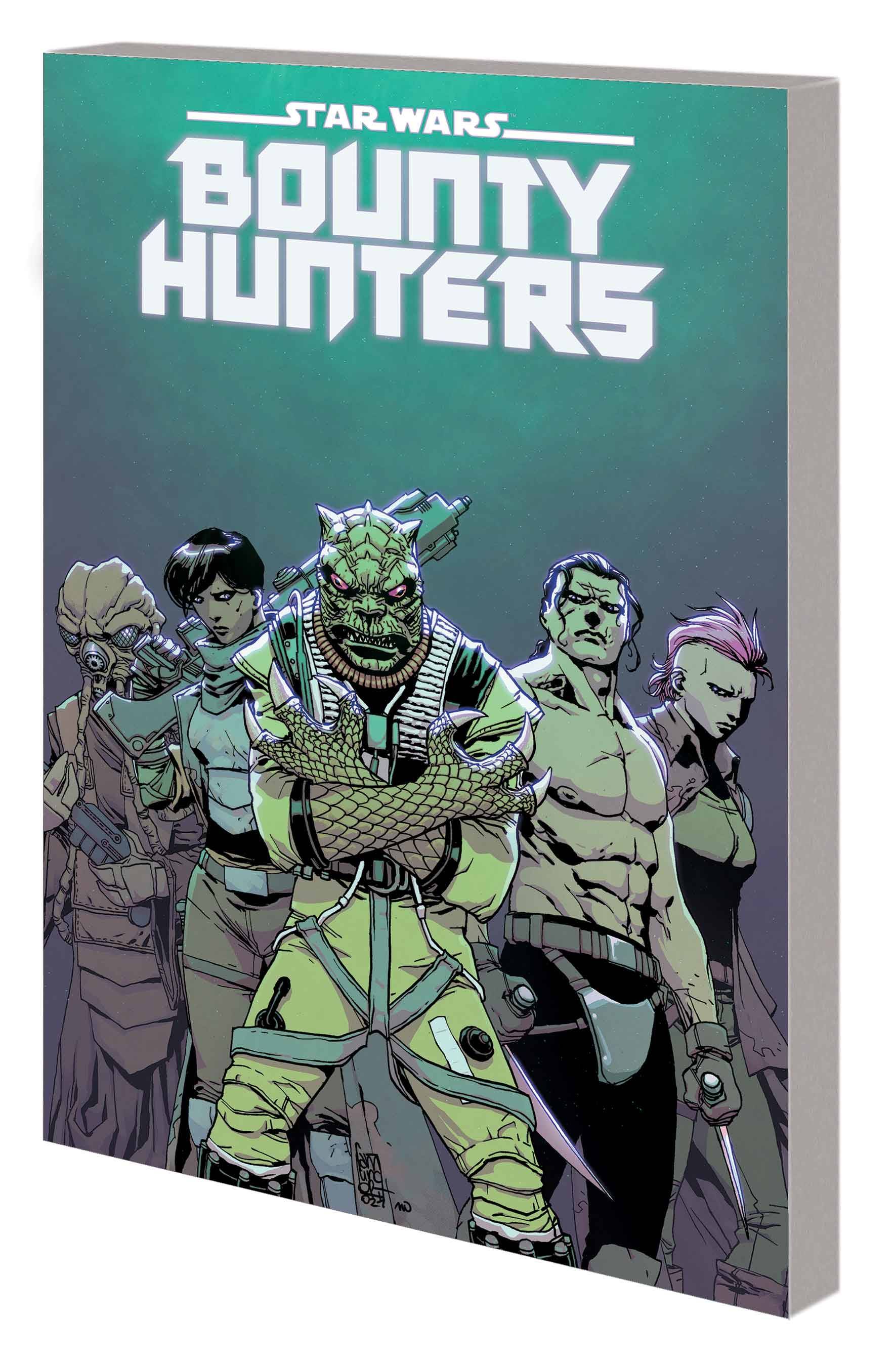 #
JUL220997
(W) Sacks, Ethan (A) Ramon Bachs, Paolo Villanelli (CA) Giuseppe Camuncoli
In the shocking wake of the WAR OF THE BOUNTY HUNTERS, the underworld has become more dangerous than ever. T'onga has assembled the greatest squad of bounty hunters in the galaxy - including Bossk, Zuckuss and Tasu Leech - for a special mission! But as T'onga grieves the loss of an old friend, can she keep this ragtag band from killing each other long enough to become a real team? Hopefully so - because with the Crimson Dawn organization leading the galaxy into all-out war, they're running out of time to save the one young girl who can stop the conflict between syndicates! Meanwhile, a mysterious bounty hunter is out to assassinate a high-ranking Imperial officer in a daring hit on a heavily armed cruiser. But have they been given the right target? Featuring 4-LOM and Dengar! Collecting STAR WARS: BOUNTY HUNTERS #18-22.
Rated T
In Shops: Oct 26, 2022
SRP: $15.99
View All Items In This Series
ORDER SUBSCRIBE WISH LIST