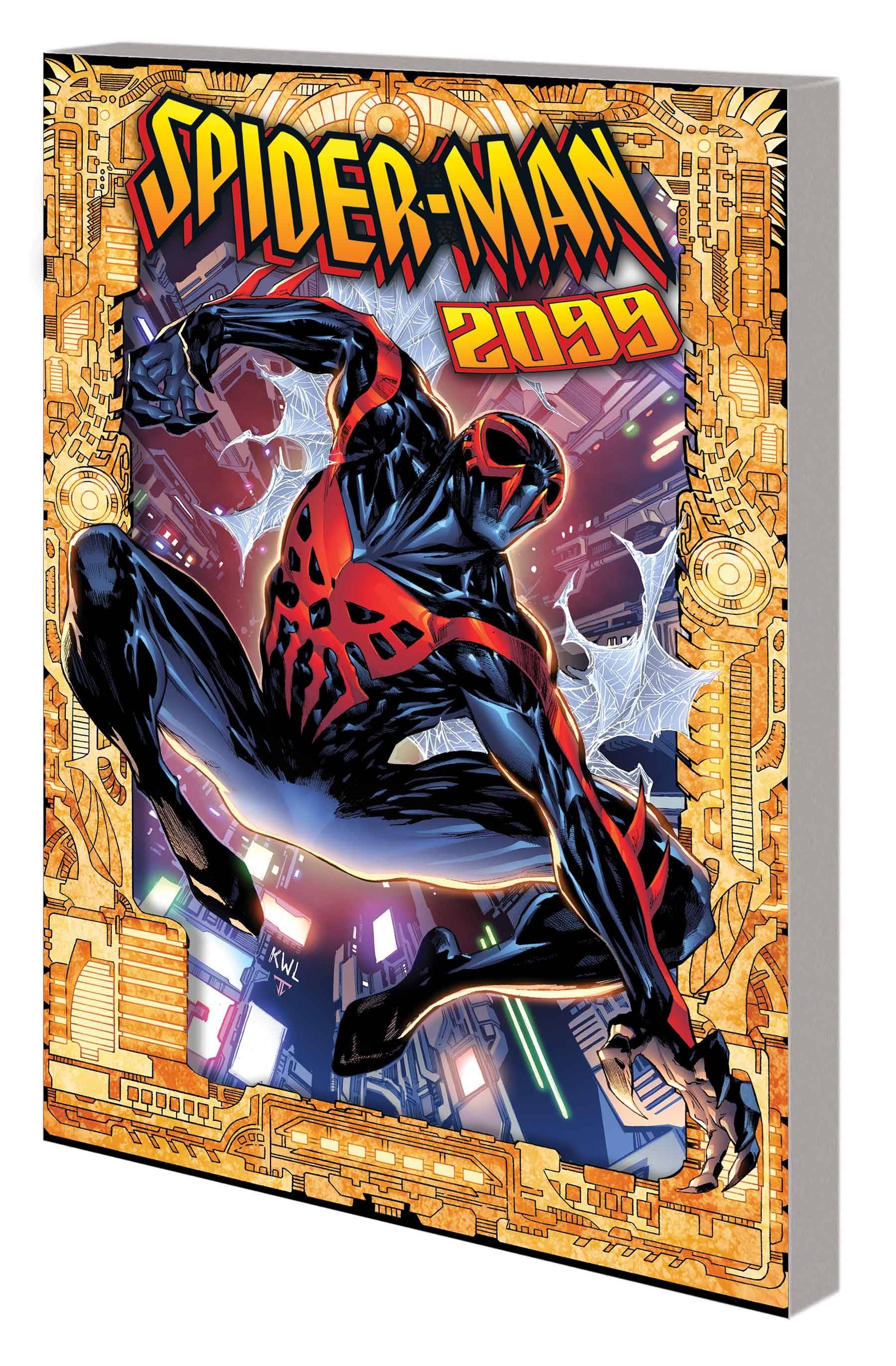 #
JUL220996
(W) Steve Orlando (A) Paul Fry, Various (CA) Ken Lashley
A brave, new tomorrow begins for the world of 2099! After fighting battles across the timestream, Miguel O'Hara - Spider-Man of the year 2099 - is back home at last, defending his present...and our future! But the only constant about life in Nueva York is change. So when a cataclysmic crash creates a new Garden of Eden in the American Wastelands, Spider-Man knows exactly what the next atrocity will be. The deadly Cabal plans to set society ablaze, and you'll never guess who is leading them! Meanwhile, everyone's got something to gain from Paradise - including Winter Soldier 13! And as the Cabal preys upon society's dregs, Loki - last survivor of Ragnarok - schemes to resurrect Asgard! Featuring the X-Men, Moon Knight, Black Widow and New Avengers of the future! Collecting SPIDER-MAN 2099: EXODUS ALPHA, SPIDER-MAN 2099: EXODUS #1-5 and SPIDER-MAN 2099: EXODUS OMEGA.
Rated T
In Shops: Nov 02, 2022
SRP: $19.99
ORDER WISH LIST