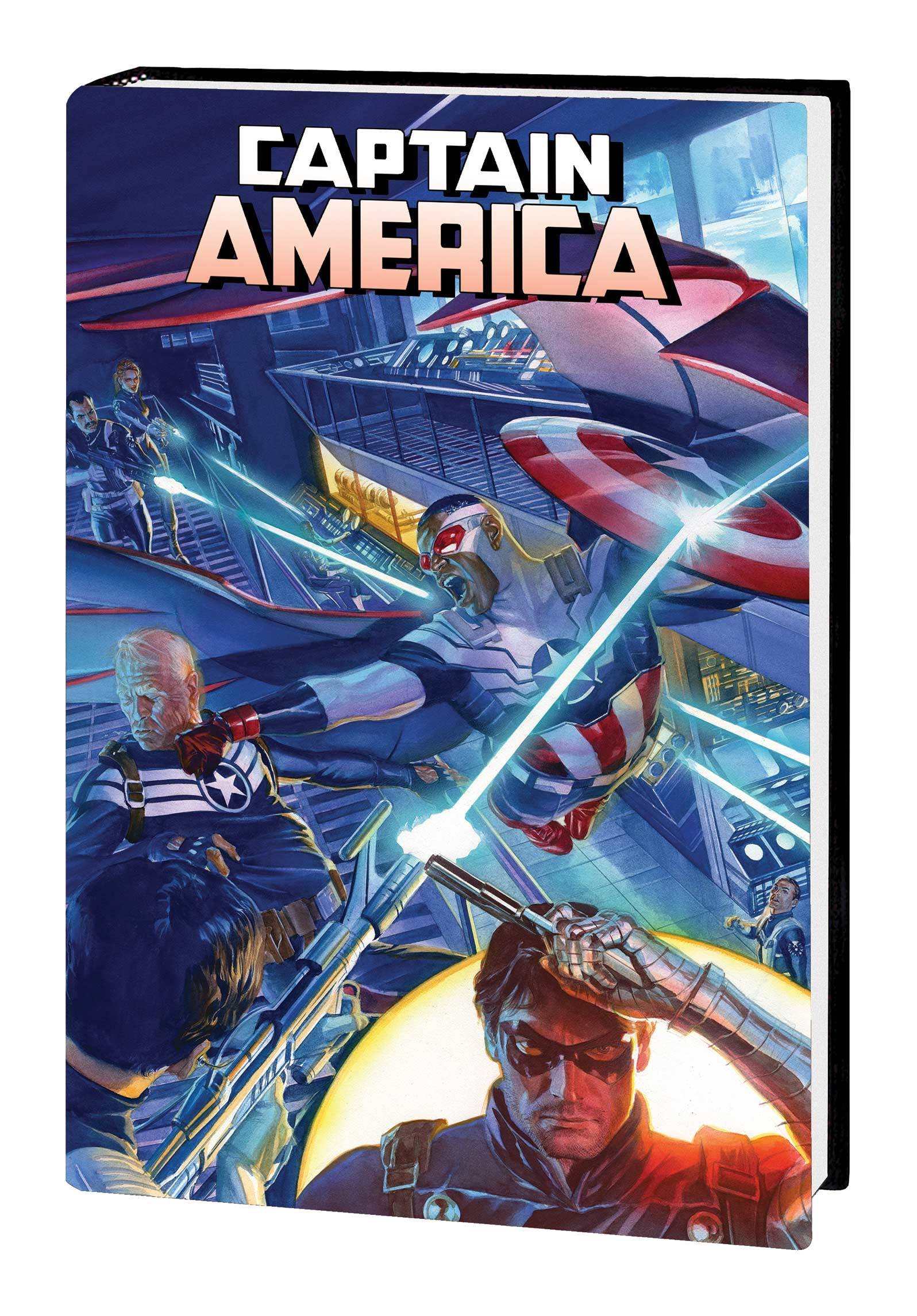 #
JUL220954
(W) Nick Spencer, Various (A) Daniel Acuna, Various (CA) Alex Ross
Captain America! And in addition to threats like the Sons of the Serpent, he must contend with those who resent him taking on Cap's mantle. But when Sam, Steve and Bucky learn the shocking truth of the town of Pleasant Hill, everything changes again - and a reinvigorated Steve returns as a second Captain America! But Steve has a terrible secret. Is he a double agent for Hydra? Has he always been one?! As Sam battles in the light, Steve navigates through the shadows - and schemes to change the world! Collecting CAPTAIN AMERICA: SAM WILSON #1-17, CAPTAIN AMERICA: STEVE ROGERS #1-11, AVENGERS STANDOFF: WELCOME TO PLEASANT HILL, AVENGERS STANDOFF: ASSAULT ON PLEASANT HILL ALPHA, AVENGERS STANDOFF: ASSAULT ON PLEASANT HILL OMEGA, CIVIL WAR II: THE OATH and material from FREE COMIC BOOK DAY 2016: CAPTAIN AMERICA.
In Shops: Feb 01, 2023
SRP: $100.00
View All Items In This Series
ORDER SUBSCRIBE WISH LIST