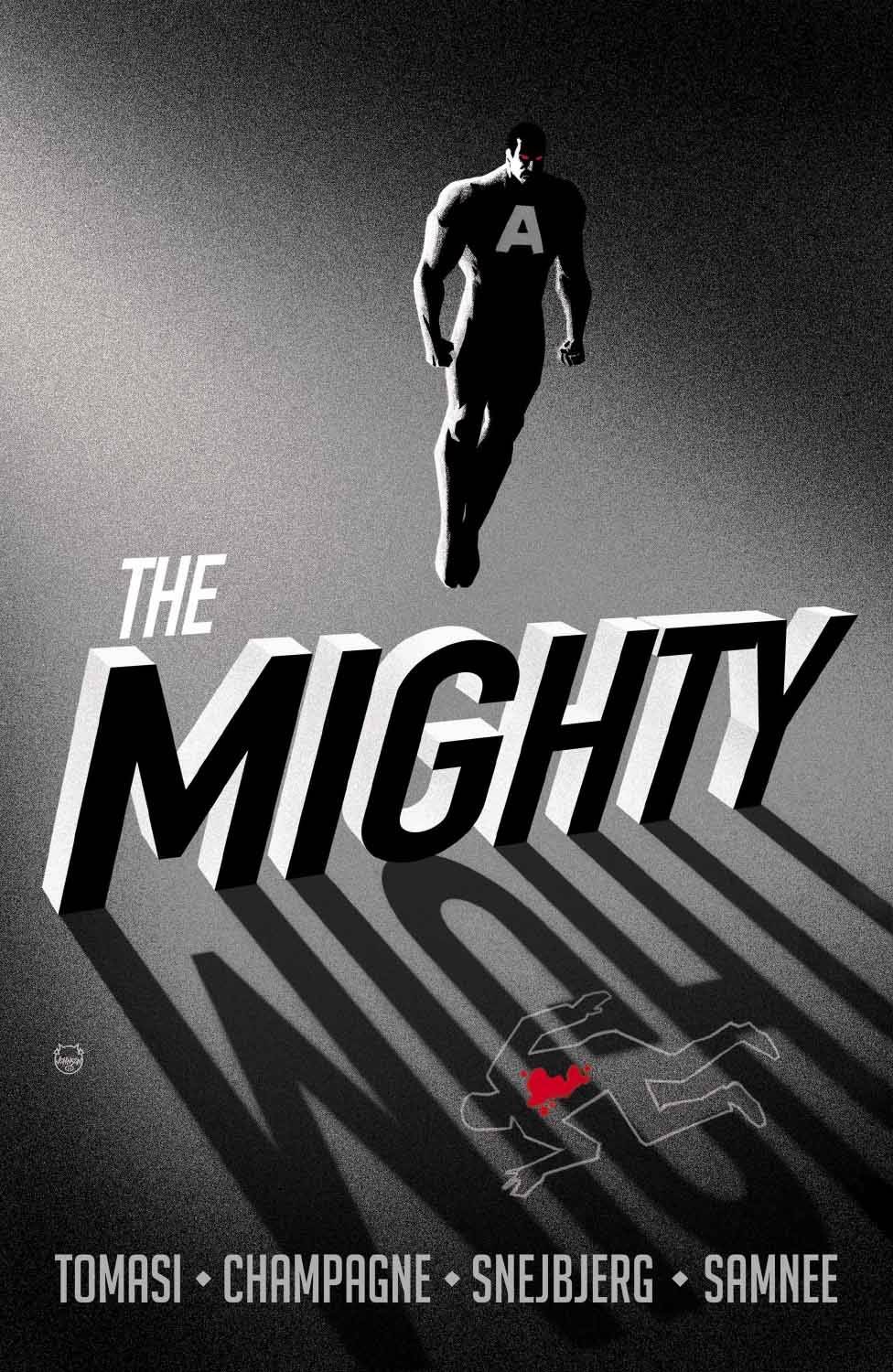 #
JUL220125
(W) Peter J. Tomasi, Keith Champagne (A) Chris Samnee, Peter Snejbjerg (A/CA) Dave Johnson
As the world's only superhero, Alpha One is a symbol of hope for all mankind...but at what price? While the population is inspired from a distance by their savior, police captain Gabriel Cole gets close enough to discover the mystery behind Alpha One's public origin-and that his twisted plans to create a utopia are more dangerous than anyone could've dreamed!
This THE MIGHTY edition collects all twelve issues of the acclaimed series, plus three rare eight-page stories and a treasure trove of behind-the-scenes sketches and scripts. From PETER J. TOMASI (Superman, Batman and Robin, Blood Tree, Light Brigade, The Bridge), KEITH CHAMPAGNE (The Switch, Daybreak!, Frank N. Stein), CHRIS SAMNEE (FIRE POWER BY KIRKMAN & SAMNEE, Daredevil), and PETER SNEJBJERG (B.P.R.D.), with a new cover by DAVE JOHNSON!
Collects THE MIGHTY #1-12
In Shops: Sep 28, 2022
SRP: $24.99
ORDER WISH LIST