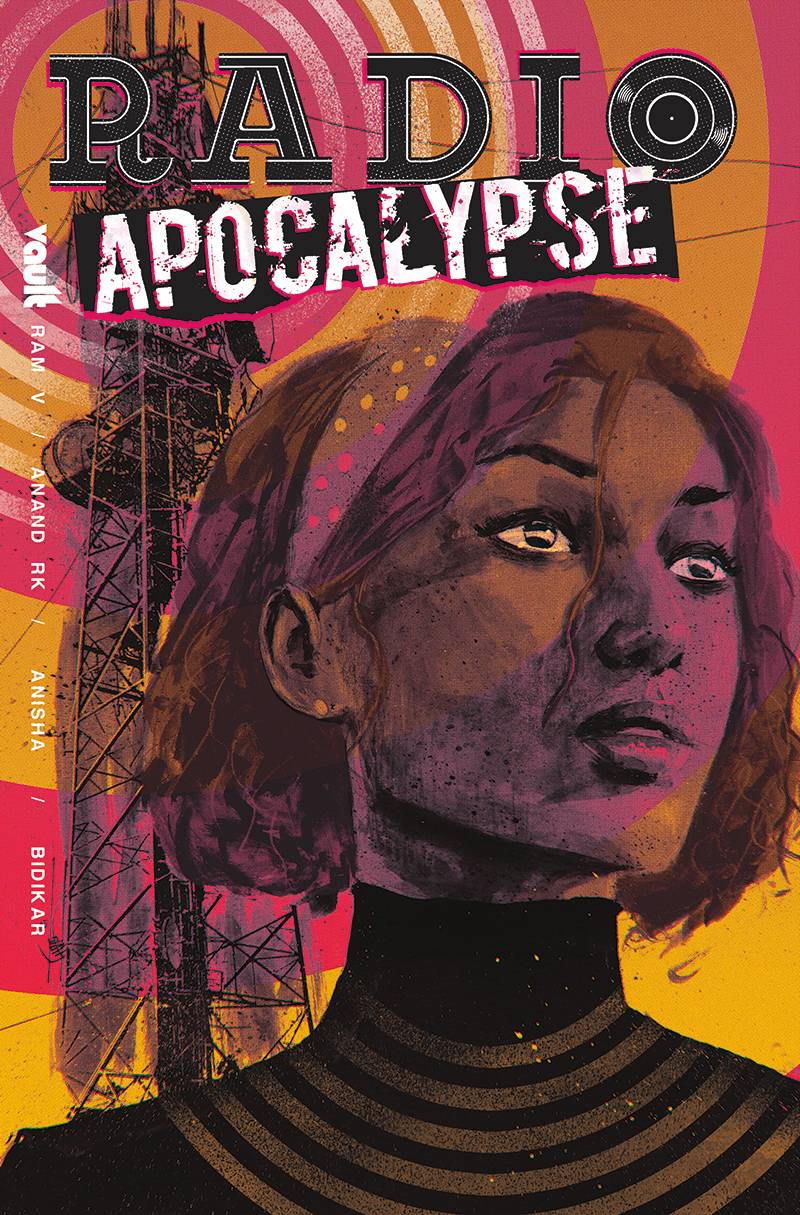 #
JUL219421
(W) Ram V. (A) Anand Rk (CA) Chris Shehan
Long after the rock out of space struck the world and turned it all to dust, in Bakerstown stands the last Radio Station on the planet. Radio Apocalypse broadcasting into the unknown, a beacon in the dark for those who wander the lost places. Now change is coming to Bakerstown. Among the refugees flocking into an already precarious settlement, an orphan boy Rion, caught in an indiscretion, will twine his fate with the Radio Station. And in doing so, begin this mixtape of love and heartbreak and interminable hope -- this soundtrack to the end of the world.
In Shops: Nov 17, 2021
SRP: $3.99
View All Items In This Series
ORDER SUBSCRIBE WISH LIST