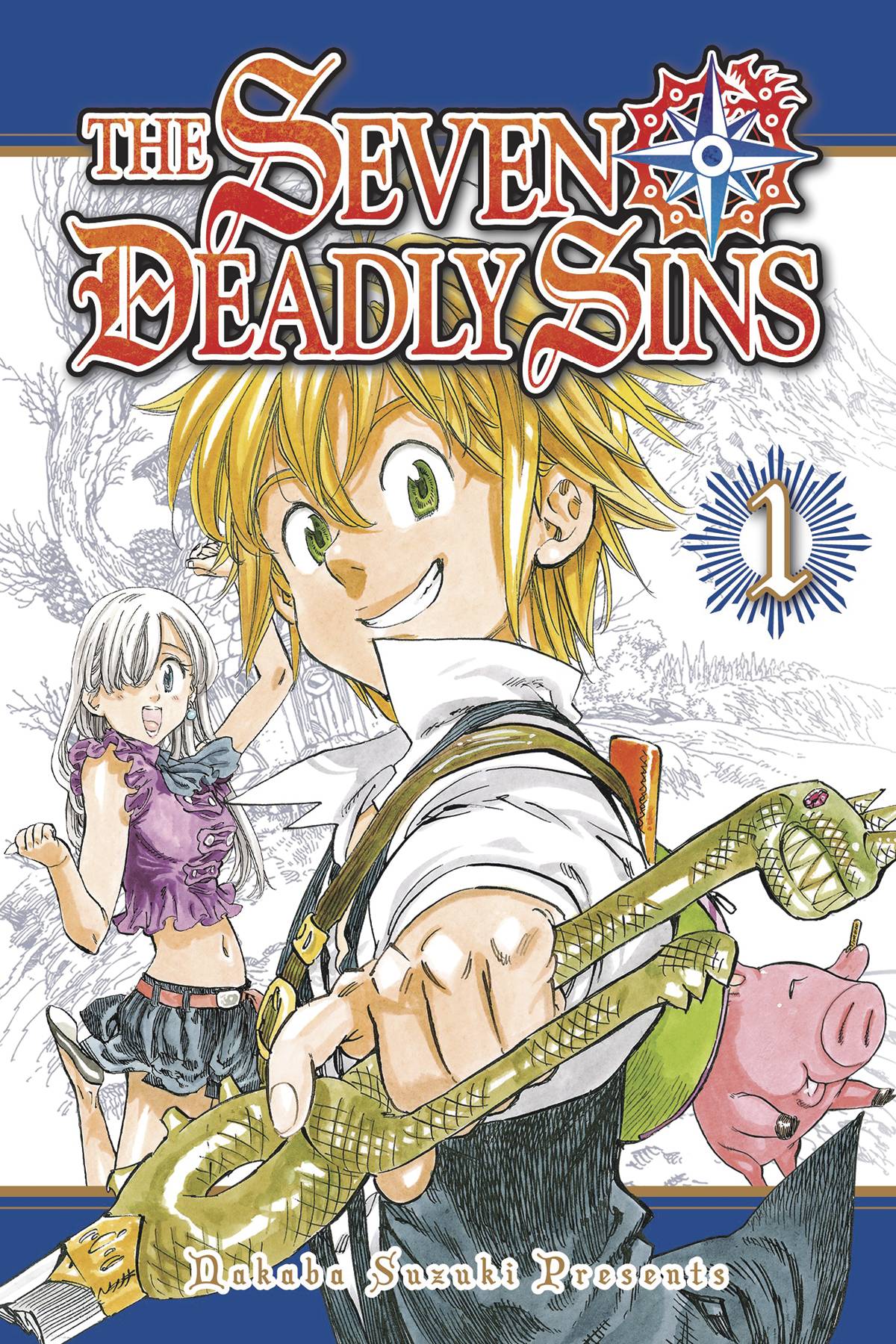 #
JUL212302
(W) Nakaba Suzuki (A/CA) Nakaba Suzuki
If you've been waiting to collect the manga that became the hit Netflix Original Anime The Seven Deadly Sins, look no further: This colletor's box set contains volumes 1-7 of The Seven Deadly Sins as well a huge, exclusive, reversible poster! The manga volumes in this set correspond to the first part of the first season of the anime. When they were accused of trying to overthrow the monarchy, the feared warriors the Seven Deadly Sins were sent into exile. Princess Elizabeth discovers the truth - the Sins were framed by the king's guard, the Holy Knights - too late to prevent them from assassinating her father and seizing the throne! Now the princess is on the run, seeking the Sins to help her reclaim the kingdom.
In Shops: Feb 09, 2022
SRP: $76.93
View All Items In This Series
ORDER SUBSCRIBE WISH LIST