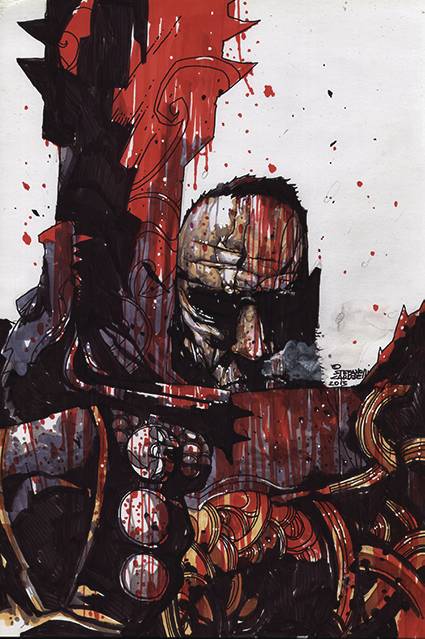 #
JUL211931
(W) Stefano Cardoselli (A/CA) Stefano Cardoselli
In a huge battle that stretches for miles and miles, a fierce and terrible massacres of enemy soldiers ... by the Duke HIGER, seems to know no fear ... in fact, he takes pleasure in killing does not spare anyone, even those who surrender.
HIGER, sent to fight and conquer the land far from his master "King ANSELMO DRAUK I".
Higer has a face full of scars (a sign of countless battles and killings) but can not be killed.
The battle is won, the only survivor and the ground remain HIGER... million soldiers mutilated (in reality the battle lasted for thousand years)
In Shops: Feb 16, 2022
SRP: $4.99
ORDER WISH LIST