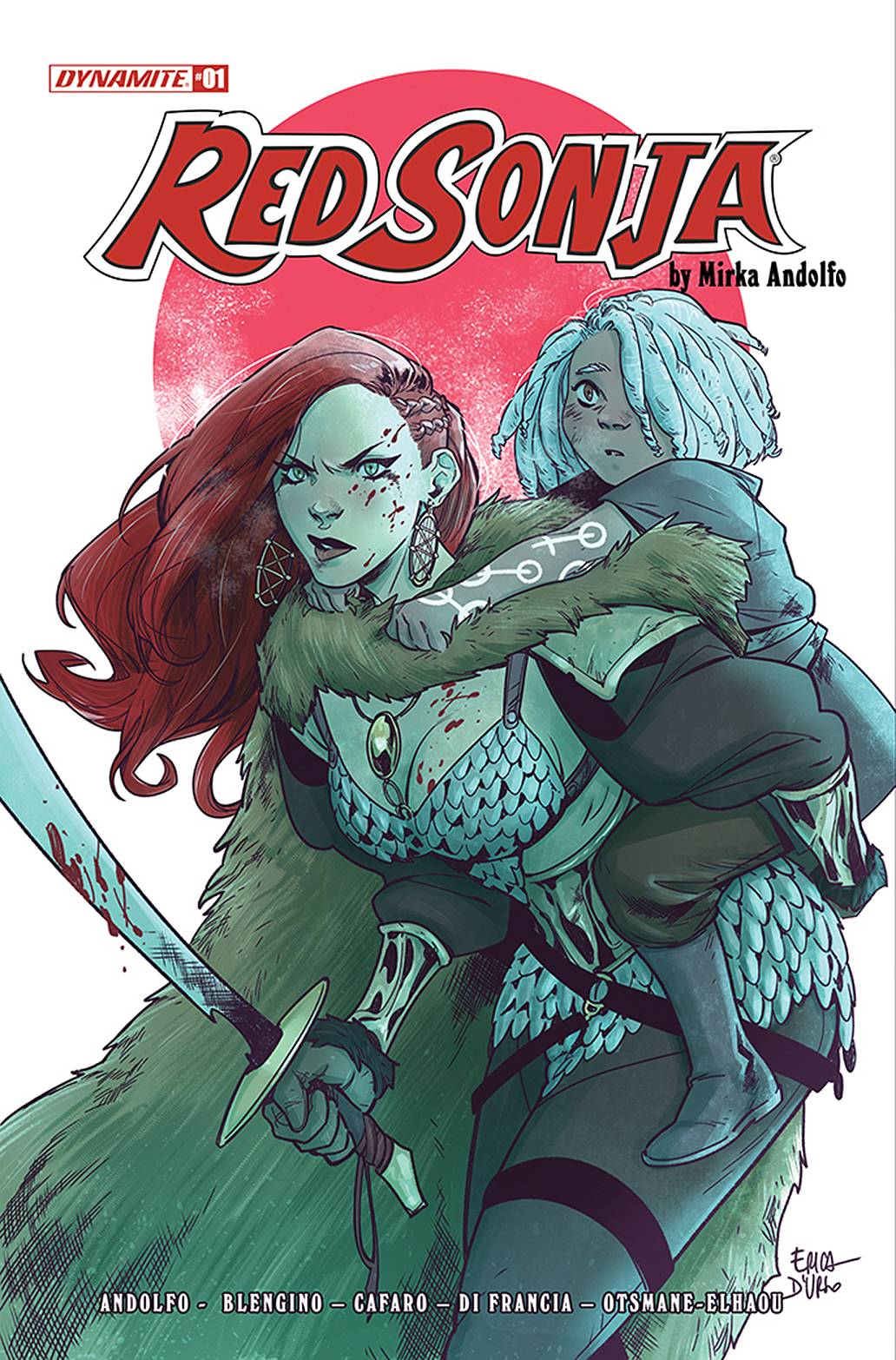 #
JUL210815
(W) Mirka Andolfo (A) Giuseppe Cafaro (CA) Erica D'Urso
MOTHER, PART ONE. Industry icon MIRKA ANDOLFO presents an all-new vision for the She-Devil With A Sword, in a thrilling new ongoing series! Our story begins in a village on fire, set by members of the dreaded Three-Eyed Shezem. When Red Sonja arrives, the only survivor of the flame is a lively child with curious white tattoos. The child will become Sonja's travel companion, on a journey from hardened ice to imposing forests, where dangerous secrets wait to be revealed...

Also as an artist, she's drawn comics for Dynamite and Aspen, as well as some short stories for Vertigo and DC's Young Animal, and she's working on covers for DC Comics, Marvel Comics, Valiant, BOOM! Studios, Aspen, Zenescope.
In Shops: Sep 01, 2021
SRP: $3.99
View All Items In This Series
ORDER SUBSCRIBE WISH LIST