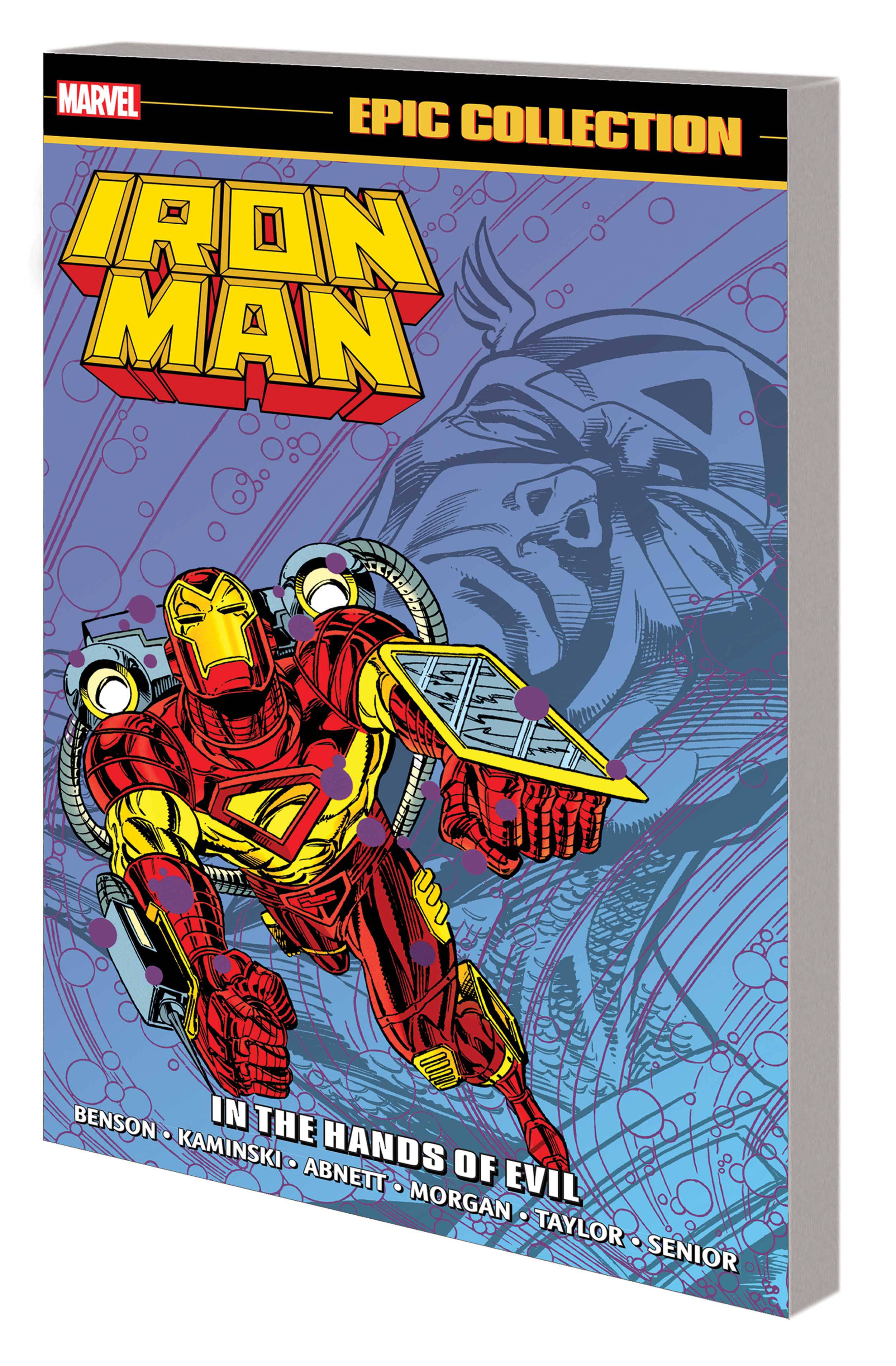 #
JUL210797
(W) Len Kaminski, More (A) More (A/CA) Tom Morgan
Iron Man vs. War Machine! When Tony Stark tries to take back Jim Rhodes' armor, the only winner in their fight is the one of Tony's oldest enemies! As the Mandarin's sinister plot unfolds, his deadly Avatars attack Iron Man's team Force Works - and wielding the mystical Heart of Darkness, the villain unmasks Iron Man at long last! Can Iron Man, War Machine and Force Works stop his terrible crusade against technology? Then, Tony once again battles his inner demons before undertaking a fantastic voyage...inside Captain America's body! And the Black Widow finds herself caught in the middle of an armored conflict between Iron Man, Crimson Dynamo and Titanium Man! But will Shell-head be melted by Slag? Collecting IRON MAN (1968) #310-318, WAR MACHINE (1994) #8-10, FORCE WORKS #6-7, IRON MAN/FORCE WORKS COLLECTORS' PREVIEW and material from MARVEL COMICS PRESENTS (1988) #169-172.