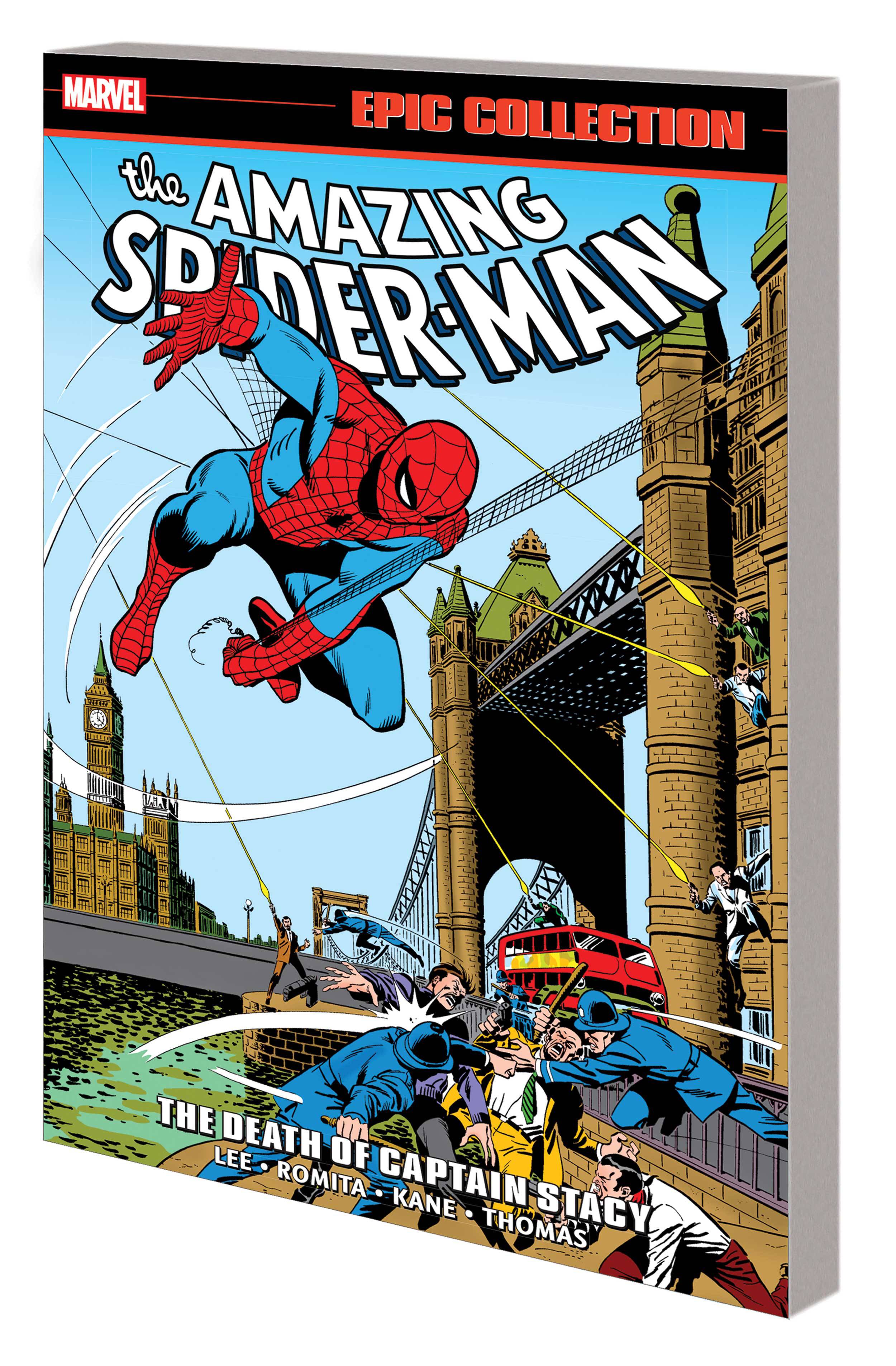 #
JUL210795
(W) Stan Lee, Roy Thomas (A) Gil Kane, More (CA) John Romita
Spider-Man sagas don't get more dramatic than the Death of Captain Stacy! And Peter Parker's life is about to change forever after Gwen Stacy's heroic father becomes collateral damage in a throwdown between Spider-Man and Doc Ock. But that's not the only iconic moment in Spidey's life chronicled in this amazing Epic Collection: The Black Widow makes her debut in her classic black costume, Iceman shows up to give Spidey the cold shoulder and the first appearance of Morbius the Living Vampire portends death for Peter Parker! Meanwhile, Norman Osborn descends into the private hell of drug addiction as the demonic shadow of the Green Goblin looms over the proceedings. Plus: You haven't seen Spidey until you've seen him with six arms! Collecting AMAZING SPIDER-MAN (1963) #86-104.