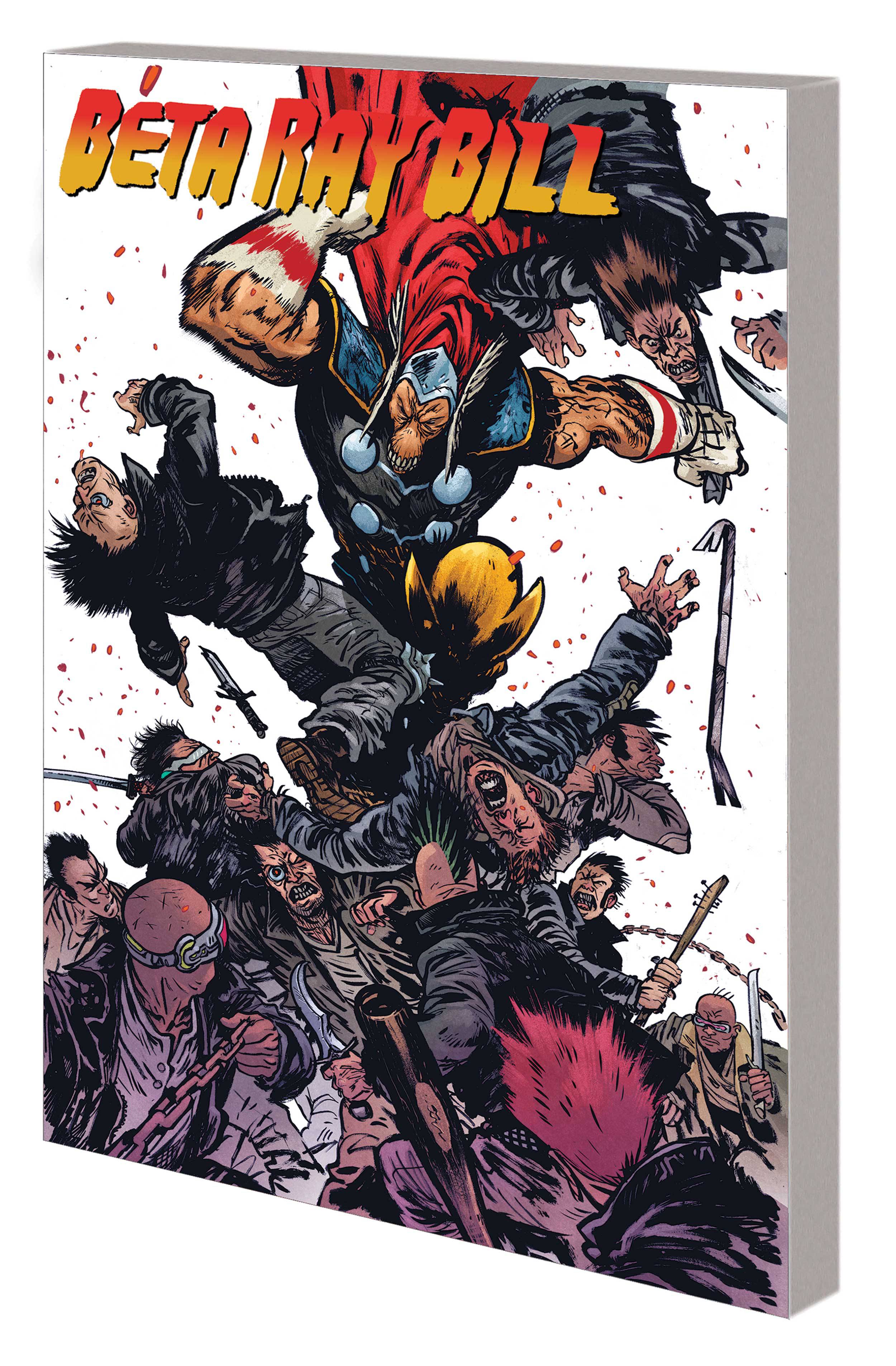 #
JUL210777
(W) Daniel Warren Johnson (A/CA) Daniel Warren Johnson
The second-most famous wielder of Mjolnir! Beta Ray Bill is tired of life in Thor's shadow - and with Bill's own mighty hammer, Stormbreaker, recently destroyed at the thunder god's hands, Bill finds himself at a crossroads. The Korbinite must strike out in search of his destiny - assuming he can first defeat a Knullified Fin Fang Foom! Bill begins a hunt for Odin in hopes of resurrecting his golden weapon - but Stormbreaker is never coming back. Nonetheless, there is one place where Beta Ray Bill could restore his full powers. The All-Father of Nothing offers the Korbinite a path to immortality - but at a price not even a god can afford! Who will join Bill on a dangerous and deadly cosmic quest? Collecting BETA RAY BILL #1-5.