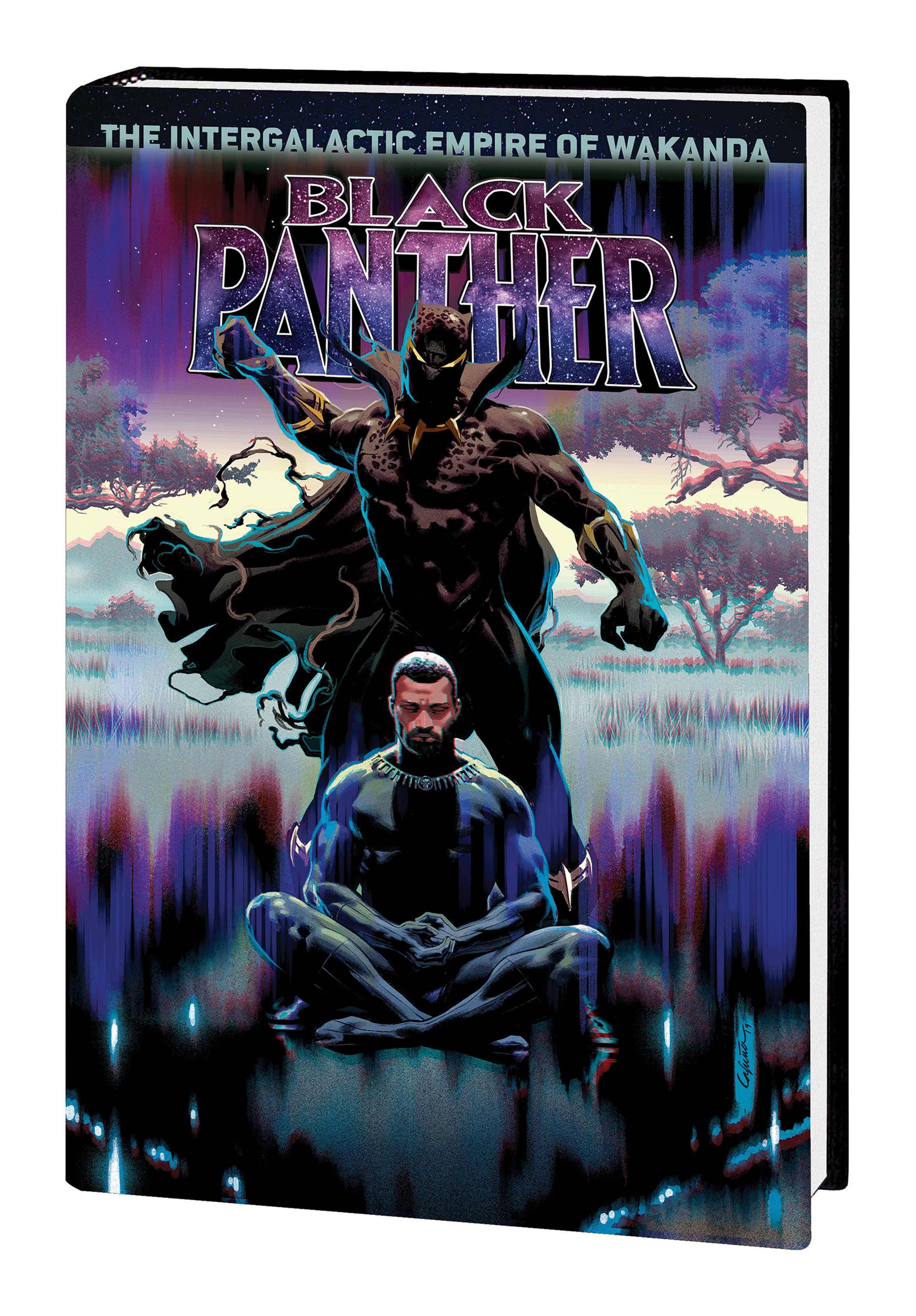 #
JUL210772
(W) Ta-Nehisi Coates (A) More (A/CA) Daniel Acuna
The shocking end of Ta-Nehisi Coates' Black Panther saga! Has T'Challa learned what it means to be king just in time to lose his kingdom? Weeks ago, the Black Panther disappeared on a deep space mission, leaving behind his country, his family and the woman he loves. Now find out what Wakanda Prime has done without its king - just as T'Challa reaches out for the life he left behind! Can he truly rid himself of the Intergalactic Empire and its despotic ruler N'Jadaka - or will he only lead them straight to Earth? As the big finish approaches, the nation of Wakanda must go to war against its own future! This is the story of a king who sought to be a hero, a hero reduced to a slave - and a slave who advanced into legend! Collecting BLACK PANTHER (2018) #13-25.