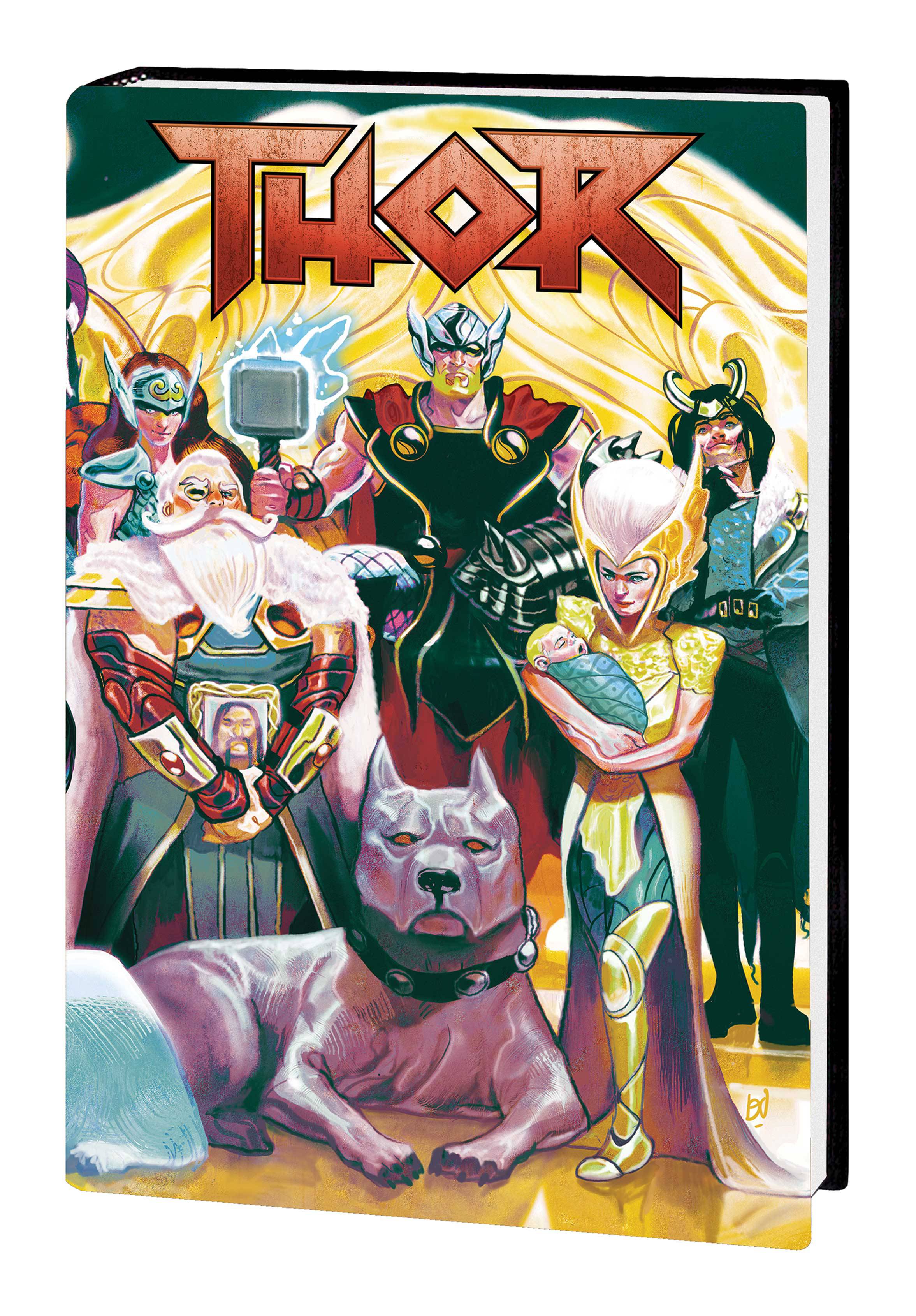 #
JUL210771
(W) Jason Aaron (A) More (A/CA) Michael Del Mundo
As Jason Aaron's staggering saga draws to a close, the effects of Malekith's raging War of the Realms are felt far and wide! Loki spends some quality time with his dear old dad, Laufey - and, sent on a vital mission, will Cul the Serpent redeem himself at last? Centuries ago, a moment of destiny arrives for young Thor - for the War of the Realms even reaches into the past! But when the epic war comes to its inevitable conclusion, what is left for the God of Thunder in the here and now? And in the far future, King Thor must once again reckon with All-Black the Necrosword - now in the hands of his murderous brother, Loki! It's time for one last, cataclysmic showdown as the end of all things draws near! Collecting THOR (2018) #12-16 and KING THOR #1-4.