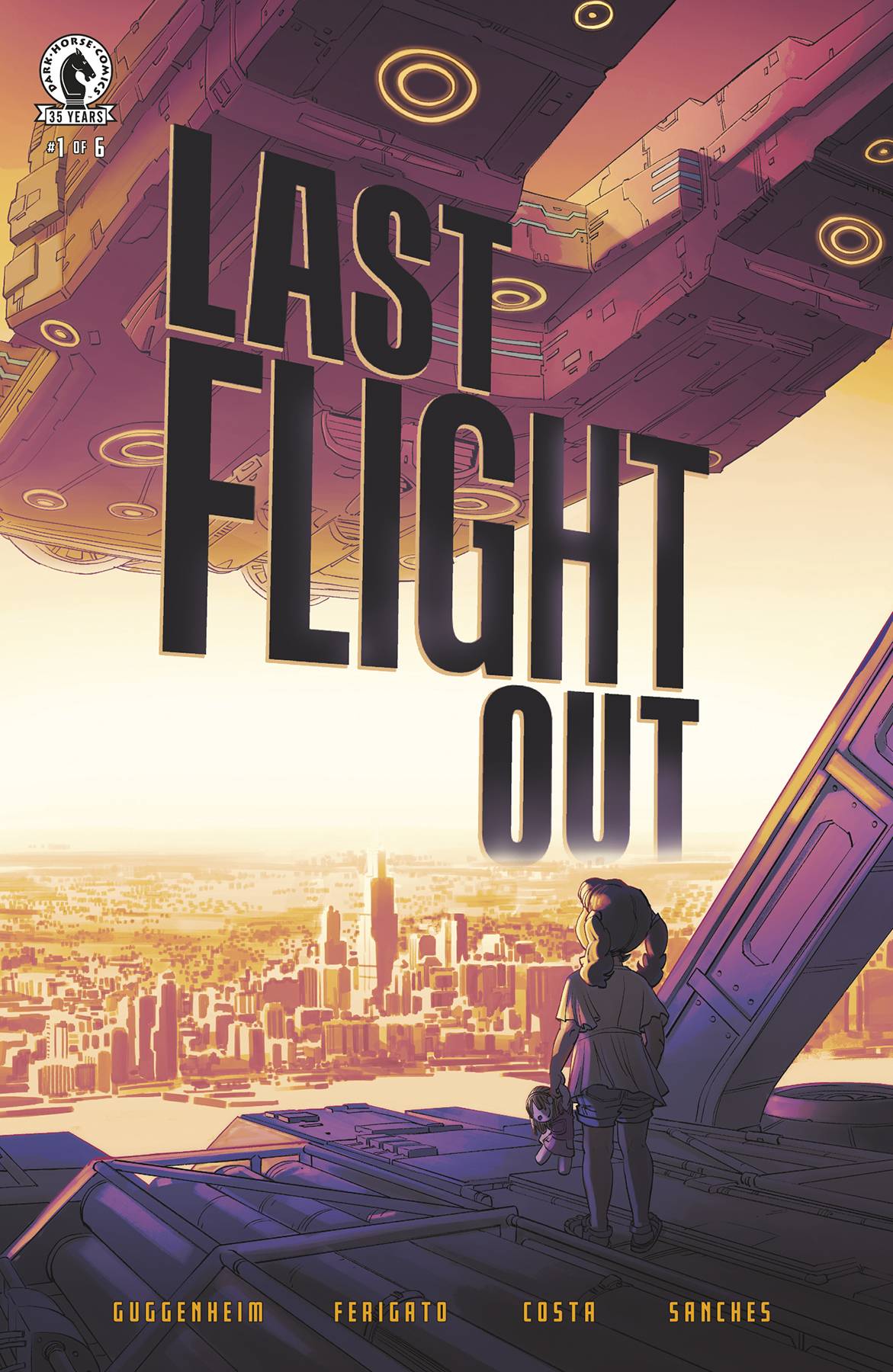 #
JUL210313
(W) Marc Guggenheim (A/CA) Eduardo Ferigato
With Earth rendered uninhabitable, humanity has chosen to evacuate to the stars. But with just twenty-four hours left until the last ark-designed to evacuate Earth's residents-leaves forever, its designer's estranged daughter goes missing. Marc Guggenheim (Arrow, X-Men) and Eduardo Ferigato (Self/Made) tell the story of an absentee father trying to make amends with his daughter during the end of the world.