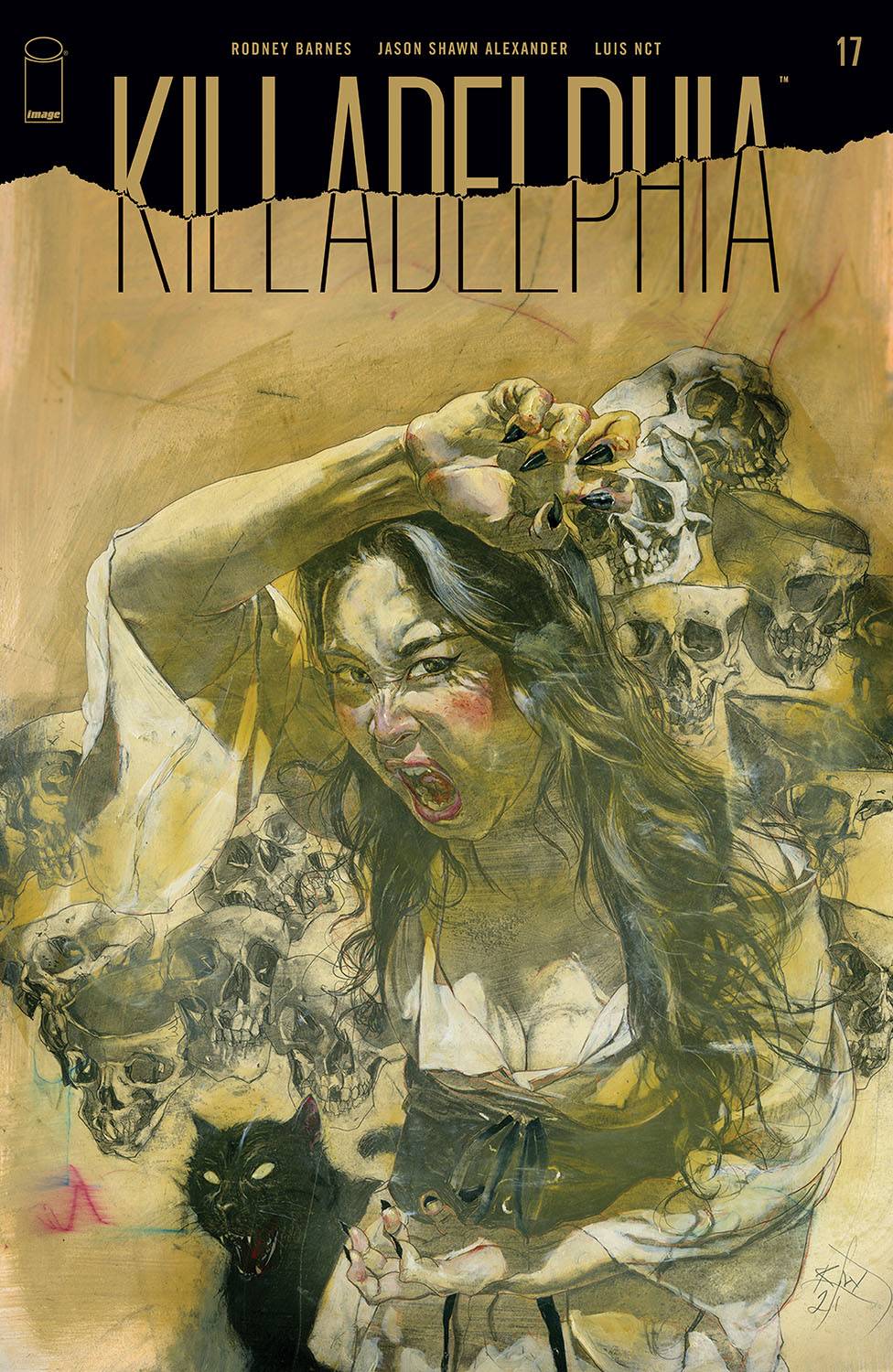 #
JUL210244
(W) Rodney Barnes (A) Jason Shawn Alexander (CA) Kent Williams
"HOME IS WHERE THE HATRED IS," Part Five
The critically acclaimed, smash-hit horror series continues! From RODNEY BARNES, the writer behind such hit shows as Marvel's Runaways and STARZ's American Gods, and JASON SHAWN ALEXANDER, the artist who redefined SPAWN.
The madness continues as Abigail brings her full might against the Sangsters and her ex-husband John Adams, but a new vampire king has entered the game, and his name is Thomas Jefferson! Now, with the mysteries of life, death, and sorcery unlocked before him, the third President of the United States has a plan to (literally) raise hell in the streets as he sets forth to craft a new America far more twisted than the one he sought to create two and a half centuries ago.
Also includes the next chapter of ELYSIUM GARDENS, the terrifying werewolf back-up story with art by CHRISTOPHER MITTEN!
In Shops: Sep 22, 2021
SRP: $3.99
View All Items In This Series
PREORDER SUBSCRIBE WISH LIST