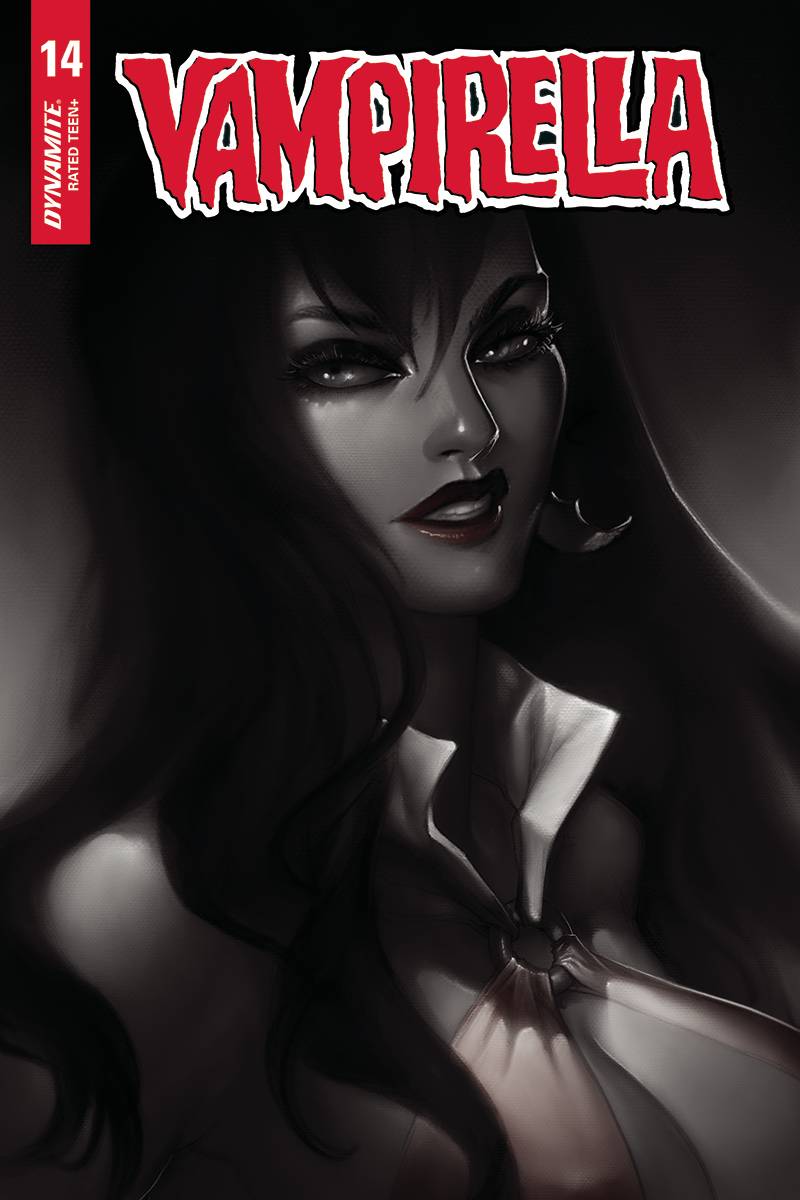 #
JUL209277
(W) Christopher Priest (A) Giovanni Timpano, Ergun Gunduz (CA) Meghan Hetrick
The Final Chapter of Seduction of the Innocent: Vampirella's 50th Anniversary year concludes with a mother-daughter showdown as Vampirella confronts Lilith, the 400-year old sorceress, regarding Lilith's obsession with her first daughter, the Warren-era original DRACULINA who's been lost in time for centuries and may now have been incarnated as a human child who is obsessed with Vampirella and demanding to become Vampi's acolyte.
In Shops: Oct 14, 2020
SRP: $3.99
View All Items In This Series
ORDER SUBSCRIBE WISH LIST