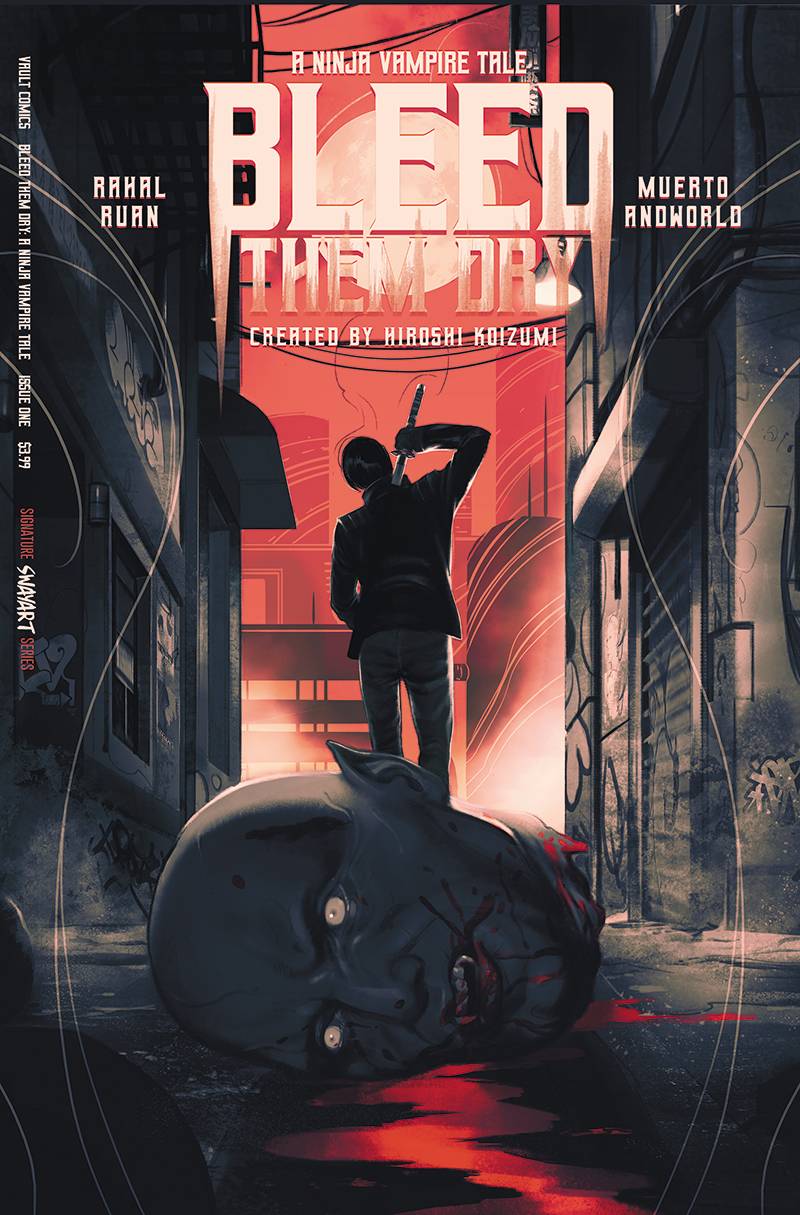 #
JUL208132
(W) Hiroshi Koizumi, Eliot Rahal (A) Dike Ruan (CA) Joshua Swaby
The year is 3333. Earth is in a state of recovery. Vampires are real, and though far less populous, they thrive alongside humans in the Japanese-engineered mega-city known as Asylum. People have come to understand that some Immortals are good, some are bad, and most navigate the world without incident. There is peace. That is...until now. Someone is brutally murdering vampires. And Detective Harper Halloway has been assigned to the case. To solve it, she'll have to unearth a much deeper truth: The future of humanity has been edited.
In Shops: Sep 16, 2020
SRP: $3.99
View All Items In This Series