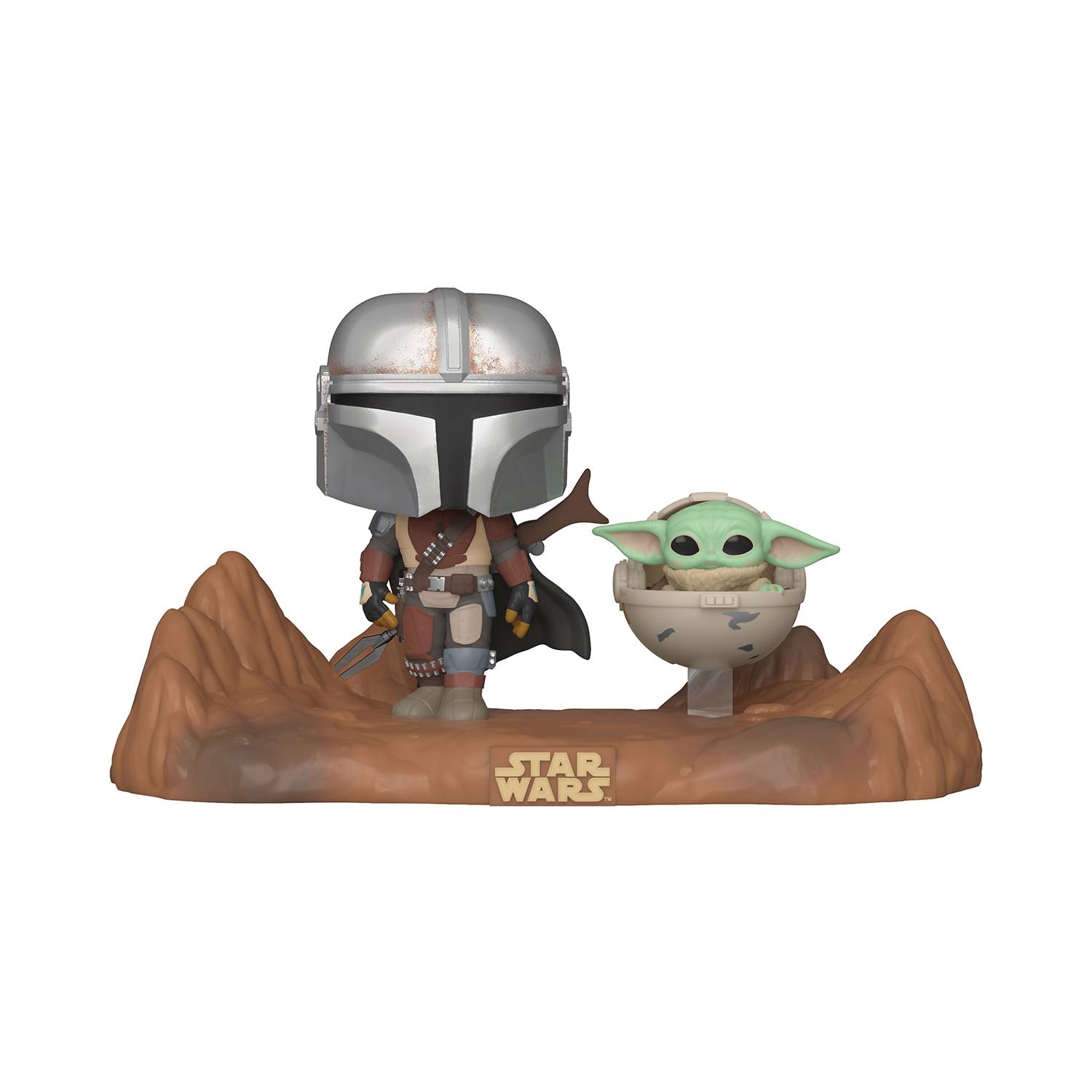 # #
JUL202090
From Funko. The first season of Disney+'s television series Star Wars: The Mandalorian captivated audiences as it introduced viewers to the titular Mandalorian and his charge, a powerful Force user known as The Child. Funko brings Star Wars fans and collectors a POP! Moment figure of the Mandalorian with the Child in his hover-creche as they move through the desert wastelands. Featuring the fan-favorite stylized Funko design, the Mandalorian stands 3 3/4" tall and the Child is in scale, and they come displayed on a diorama base. Window box packaging.