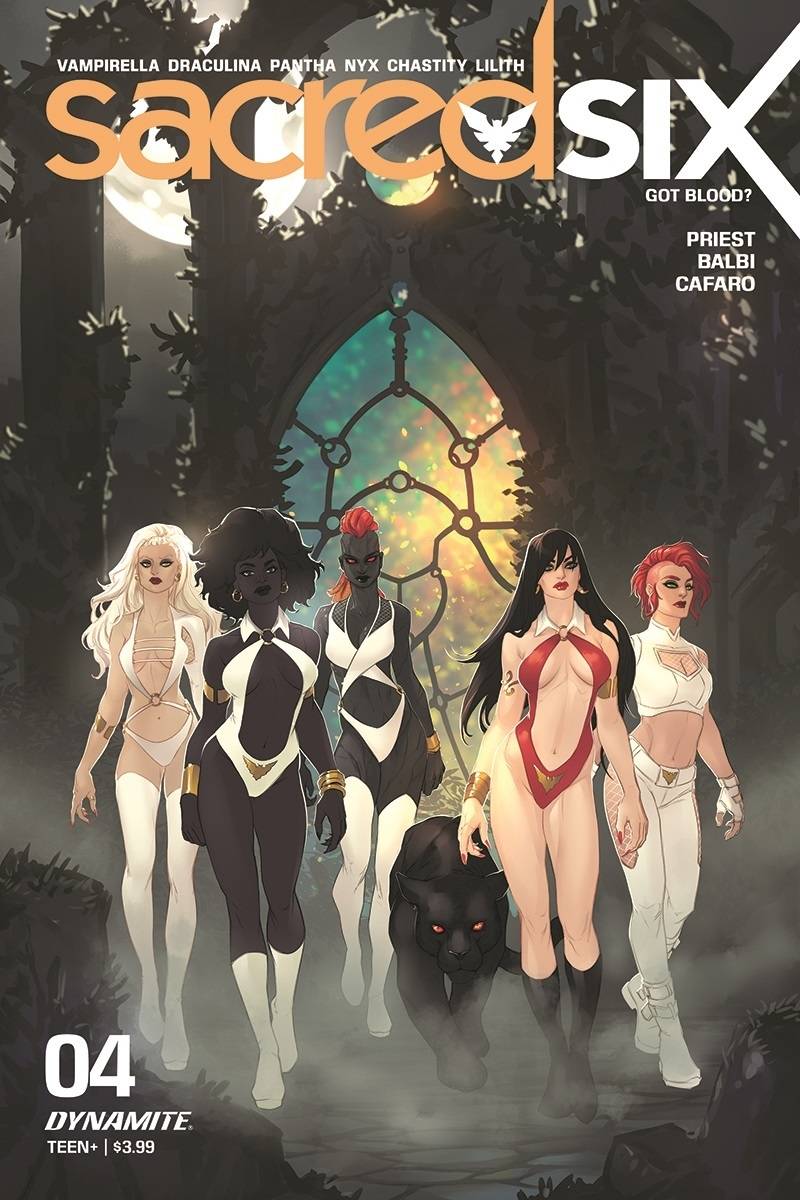 #
JUL200738
(W) Christopher Priest (A) Jae Lee, Gabriel Ibarra (CA) Meghan Hetrick
"Numerology" Four: seeking revenge, the fire demon Nyx goes on a murderous rampage against Vampirella and Vampi's mother, Lilith of Drakulon, which ultimately draws in the new Draculina and sets a collision course with Lilith's secret agent, the half-vampire Chastity. Meanwhile, the peaceful vampires of Ashthorne are pushed to the brink by an armed invasion by state police while Pantha searches desperately for the two boys whose disappearance threatens to escalate into a bloodbath.
In Shops: Sep 16, 2020
SRP: $3.99
View All Items In This Series