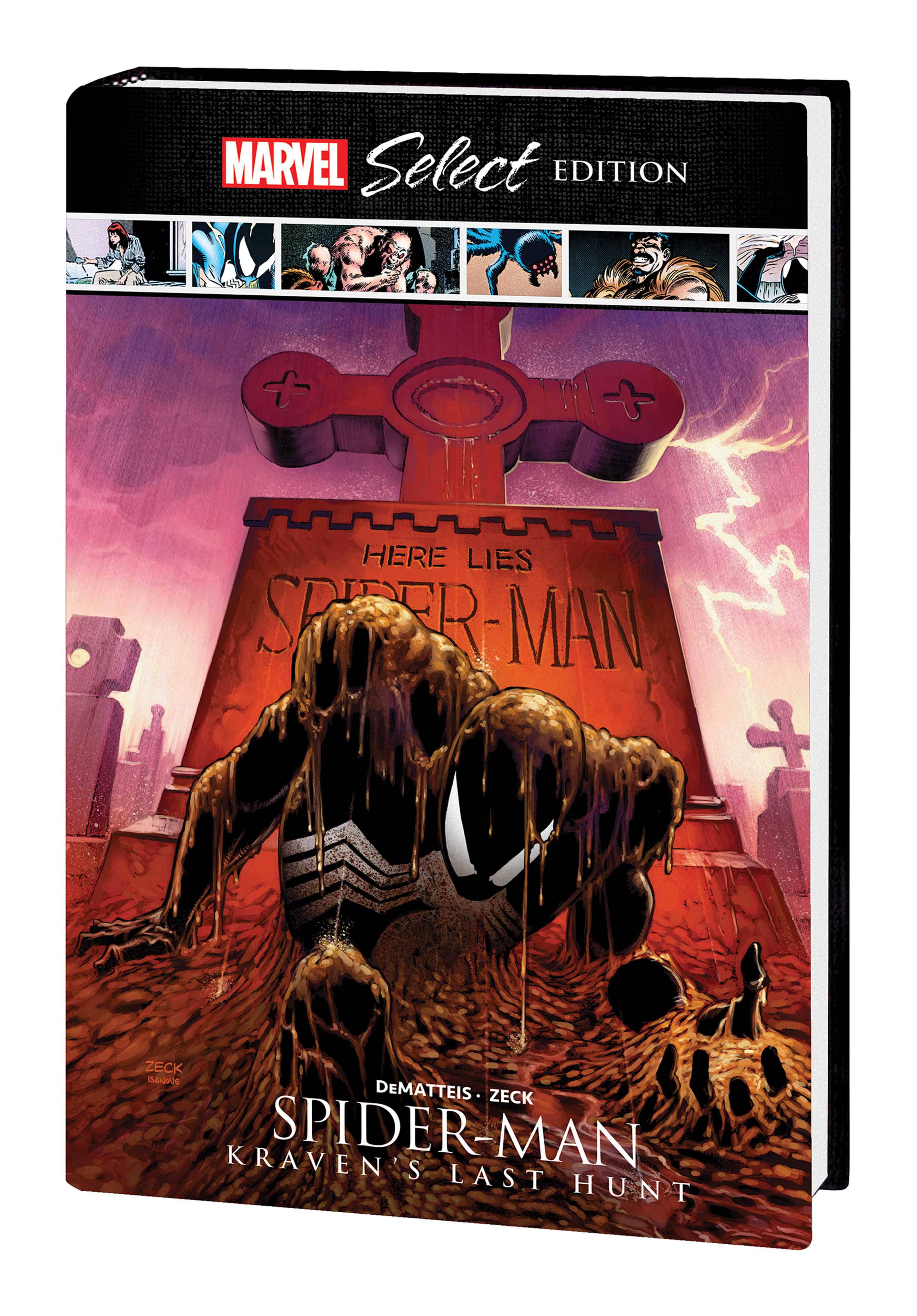 #
JUL200688
(W) J. M. DeMatteis (A/CA) Mike Zeck
DeMatteis and Zeck craft the ultimate tale of revenge in the latest in our series of graphic novels handpicked by Marvel Editorial to showcase pivotal storylines written and drawn by some of Marvel's most acclaimed creators! Kraven the Hunter has stalked and killed every beast known to man. But there is one prey that has eluded him. One quarry that has mocked him at every turn: the Spider. Now, in one last hunt, Kraven will finally prove he is Spider-Man's master - by burying him alive and taking his place! To destroy the spider, he must become the spider! Prepare for one of the greatest Spidey stories ever told - a tale that has cast its shadow over Peter Parker's life for years! Collecting WEB OF SPIDER-MAN (1985) #31-32; AMAZING SPIDER-MAN (1963) #293-294 and PETER PARKER, THE SPECTACULAR SPIDER-MAN (1976) #131-132.
Rated T+
In Shops: Feb 03, 2021
SRP: $24.99