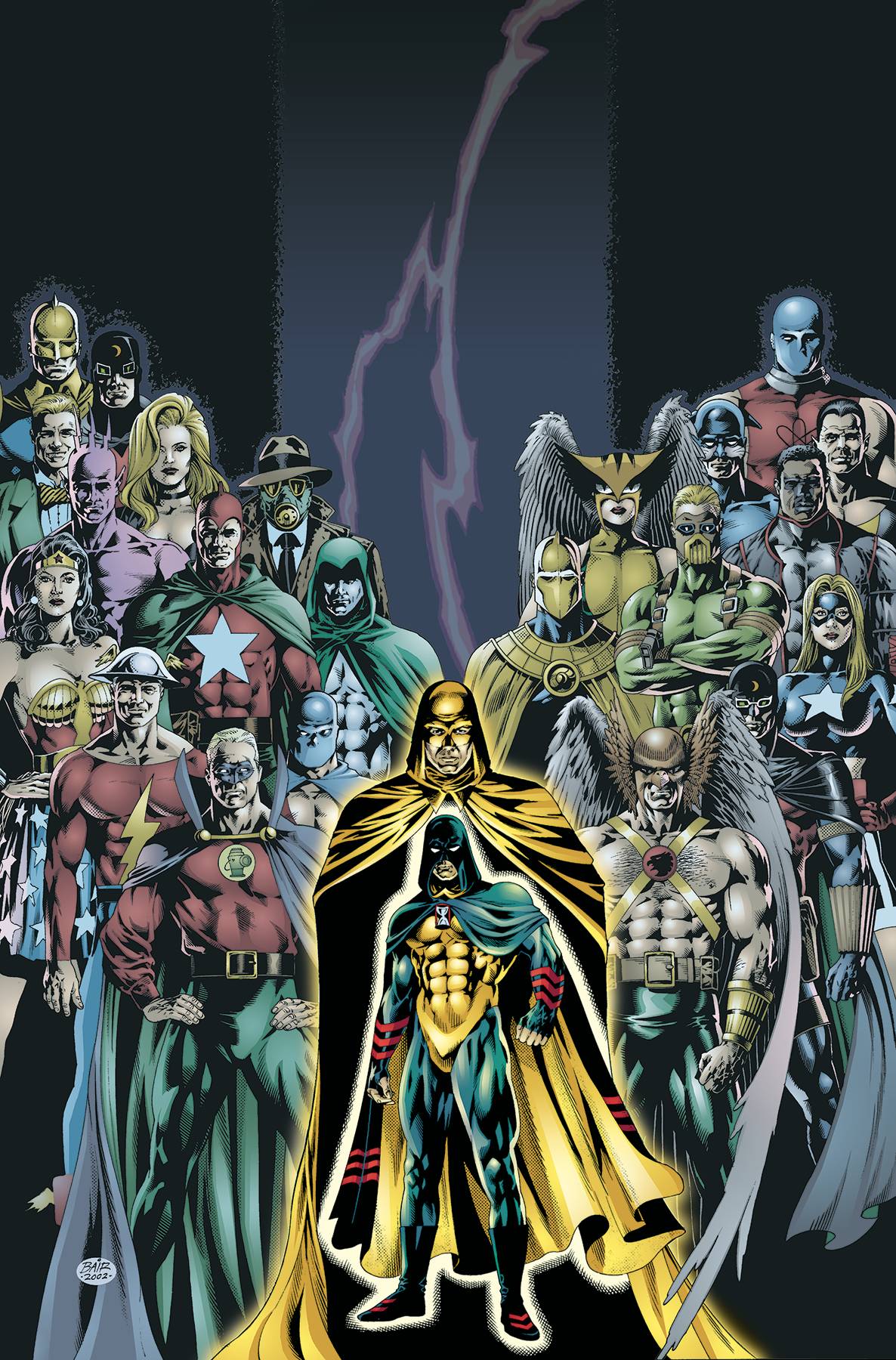 #
JUL200510
Geoff Johns's epic JSA run continues as heroes from around the world are vanishing, the JSA is divided, and the team is vulnerable to the threat of Vandal Savage! In the Ultra-Humanite's latest world-conquering scheme, heroes from around the world - including members of the JSA - are vanishing, and those who remain must forge an unusual alliance with the Icicle to save the day. And with the JSA divided, handling multiple matters in different eras, several heroes find themselves in ancient Egypt, fighting the immortal villain Vandal Savage and an earlier incarnation of the powerful Black Adam. However, Power Girl and Dr. Mid-Nite also have their hands full with separate cases. Collects JSA #32-45.
In Shops: Oct 21, 2020
SRP: $39.99
View All Items In This Series