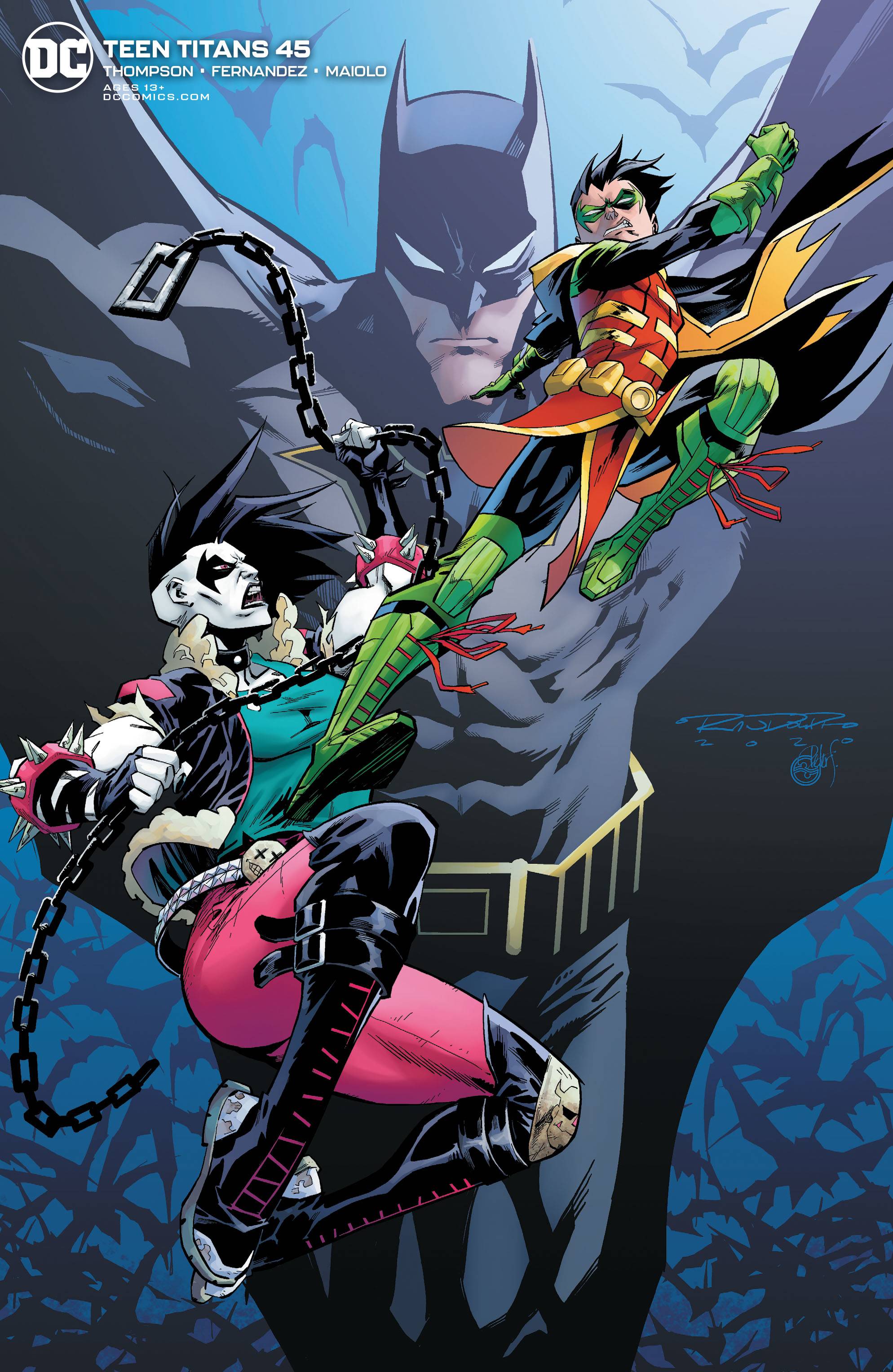 #
JUL200482
(W) Robbie Thompson (A) Eduardo Pansica, Eber Ferreira (CA) Khary Randolph
After the shocking events of last month's Teen Titans Annual, Crush has been named the new leader of the Teen Titans. With Damian Wayne missing, can Crush hold the teen team together? And now that she's in charge, which villains will Lobo's daughter go after first? And will Red Arrow, Kid Flash, and Roundhouse follow their hotheaded new leader into battle?
In Shops: TBD
SRP: $3.99
View All Items In This Series
ORDER SUBSCRIBE WISH LIST