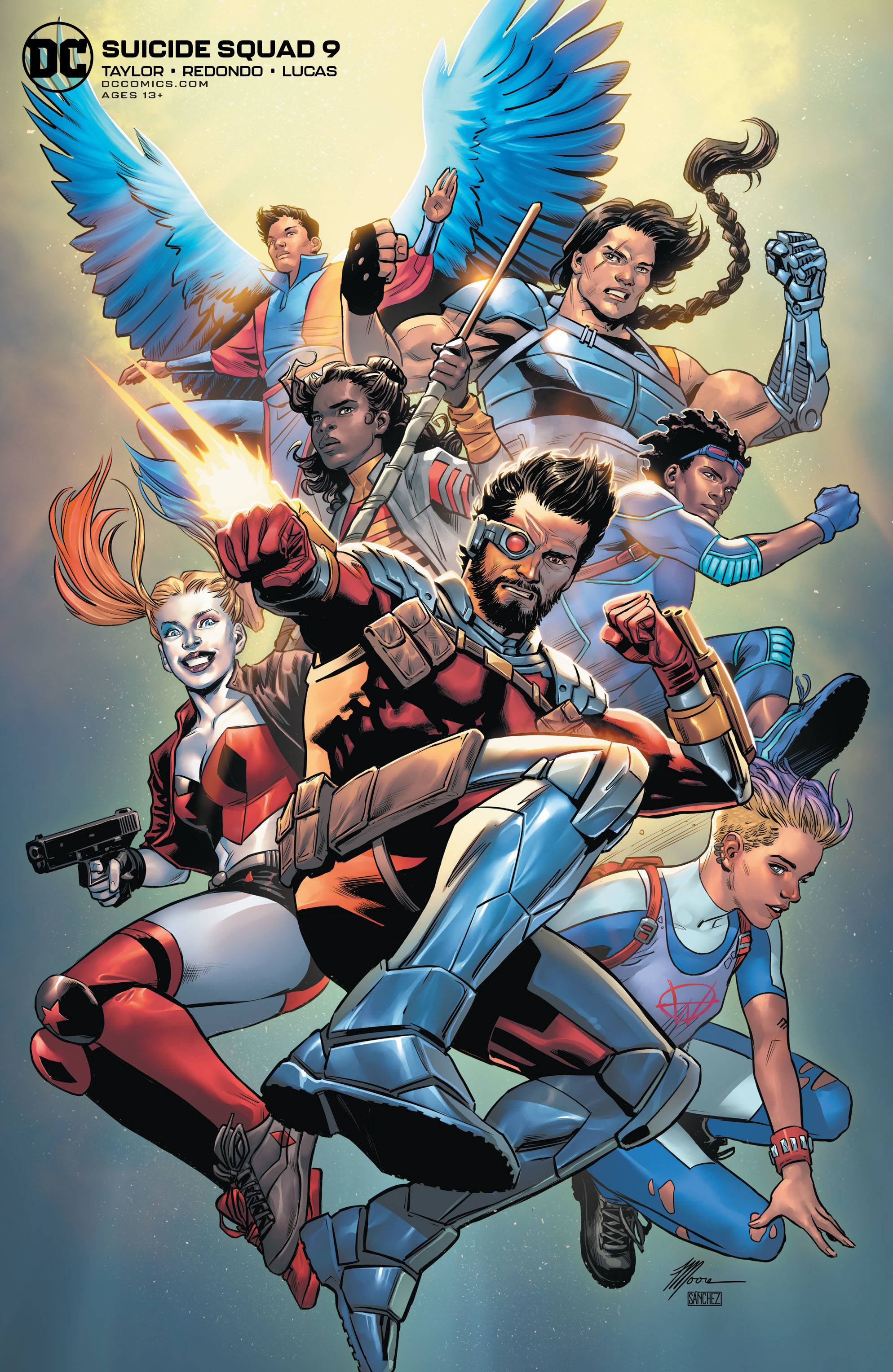 #
JUL200480
(W) Tom Taylor (A) Bruno Redondo (CA) Jeremy P. Roberts
This issue, it's the shocking death of Deadshot! The man who never misses has been on the front lines of Task Force X since its inception - bomb in his neck, gun in his hand. He's seen teammates blow up and countries fall. He's faced down heroes and villains alike. Now the Suicide Squad has one final mission: bring down the man who enslaved them, then put a bounty on their heads when they escaped: Ted Kord. But to finish the job, the world's deadliest assassin will have to do the one thing he's never done for the cause: die!
In Shops: TBD
SRP: $3.99
View All Items In This Series