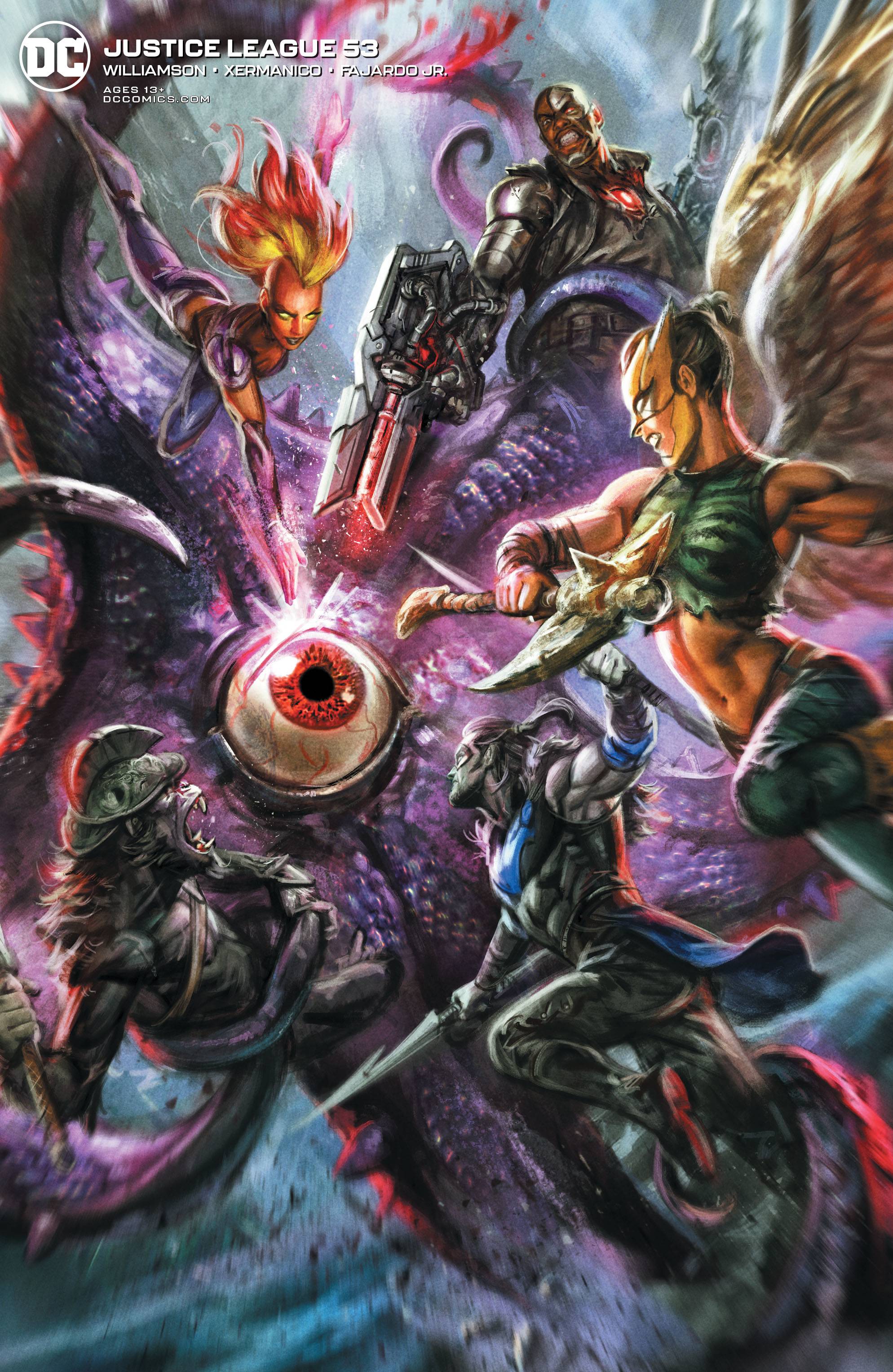 #
JUL200466
(W) Robert Venditti (A) Eddy Barrows, Eber Ferreira (CA) Mikel Janin
"Doom Metal" part one of five-the Dark Nights: Death Metal tie-in that will directly impact the finale of that event! Nightwing's on a mission to free the Legion of Doom from Perpetua's clutches.  But to do so, he'll need the help of none other than...Lex Luthor?! The surprises are only just beginning, as Nightwing, Lex, and a new Justice League must fight their way through an Earth twisted by the Dark Multiverse. Titans will be tested, hearts will be broken, and blood will be spilled!
In Shops: TBD
SRP: $3.99
View All Items In This Series