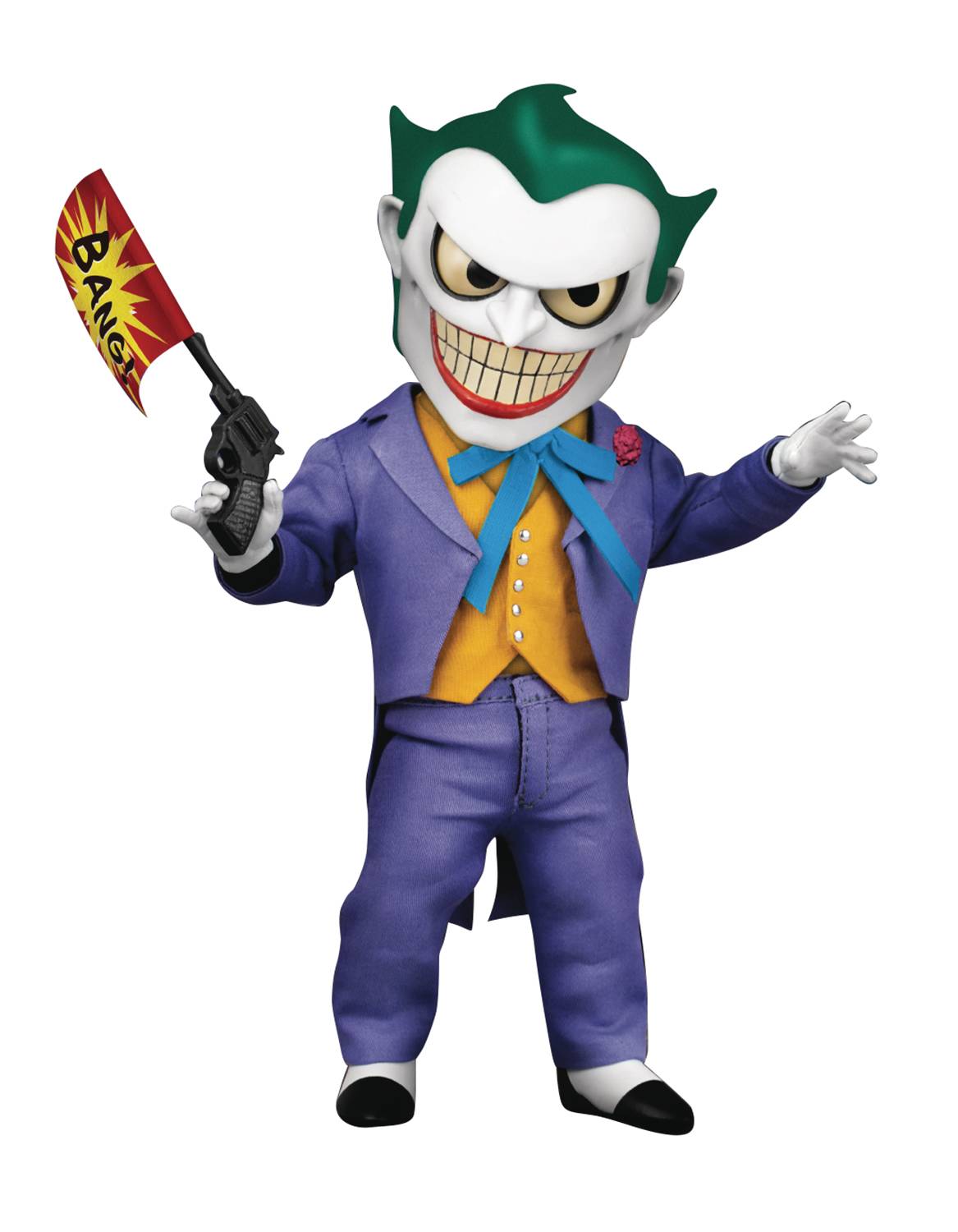 # # #
JUL198090
From Beast Kingdom A PREVIEWS Exclusive! Following the release of the EAA-Batman, Beast Kingdom is proud to introduce the Egg Attack Action Joker from Batman the Animated Series! Befitting of any crazed villain, the Joker is seen with his classic purple suit, orange vest, bow tie and 3 replaceable facial expressions fit for any occasion! Collectors can now reenact any of his signature ultra-creepy expressions as well as having the ability to pose him with a high degree of articulation. The figure packs a series of accessories including: four pairs of replicable hands, a clown grenade to fight off his enemies, a Batman Doll for those lonely clown nights, a mutated clown fish, clown dentures and the infamous pistol that shoots out a bang to scare any foe! With a great selection of accessories, high mobility and the use of real cloth for clothing, make sure you don't miss out on this Joker figure!